St. Louis is one of the top American destinations for a Labor Day weekend vacation...if you're looking for a cheap getaway.

So says a new report from travel site Hotwire.com, which has ranked the top five cities in the U.S. for Labor Day travel along with top five more affordable alternatives.

While Chicago is the No. 1 destination for the holiday weekend -- based on hotel bookings on the site -- St. Louis makes the cut as one of the best options for reasonably priced visits. And by some measures, St. Louis is actually an all-around better Midwest summer destination than Chicago anyway, so choosing us is a total win-win, America!

The website says in a news release that St. Louis is one of the top five so-called "sleeper cities" that "can go toe-to-toe with all of the big cities that top our list, so travelers can still have an unforgettable end-of-summer getaway without the holiday crowds or steep prices."

The popularity of the top five cities tends to lead to higher prices, the site says.

Those top five most popular destinations are based on hotel bookings made on hotwire.com between June 15 and August 5 for stays between August 30 and September 2.

St. Louis, alternatively, has an average hotel stay of $68 per night, which compared to Atlanta, its counterpart in the report, represents a 23 percent savings. But compared to Chicago -- which we think is a much more logical comparison -- that's about a 50 percent savings.

The "sleeper cities" rank as such:

Of St. Louis, the site says:

Atlanta may be known for things like its Southern culture and its great music scene, but St. Louis is full of a charm all its own. The Gateway to the West has a broad musical offering over the holiday weekend from regional acts like Pepperland and Vaski, as well as activities like the Big Muddy Blues Festival.

For fun, from our previous coverage of St. Louis' rank as the best Midwest summer getaway, here are some of the super obvious reasons why we're a stellar choice: 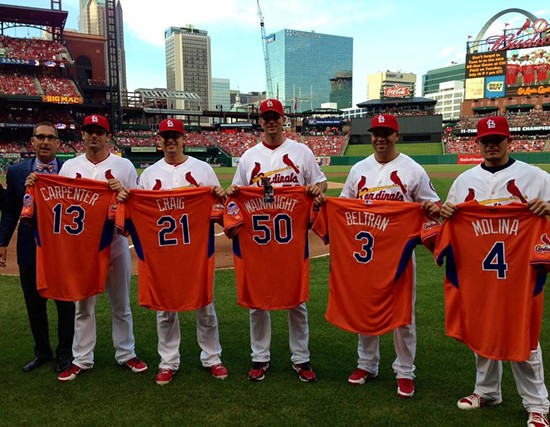