Sagging Ban in St. Louis: Alderwoman Pushes to Outlaw Pants Below Waist, Says "Out of Control"

Is it time to outlaw exposed butts and underwear in the city of St. Louis?

That's a question Alderwoman Marlene Davis is raising tonight with a "community discussion" on her controversial proposal to ban saggy pants in the city.

To Davis, it's a no-brainer. "This is not a style," she tells Daily RFT. "This is an absolutely vulgar display of disrespect not only to every other human being that has to look at it but also to themselves.... It's totally out of control."

At the sagging forum tonight, local elected officials will debate the issue alongside an academic, a hip-hop artist and others.

Davis got a lot of attention when she first introduced her Board of Aldermen bill in June. Her proposal is to revise already existing laws prohibiting "lewd" behavior to include:

Any person to appear in a public place wearing pants below the waist which exposes the skin or undergarments which is likely to cause affront or alarm....

"All I did was enhance the bill we already had," she says. "I just made it clear."

The proposal sparked backlash from some of her colleagues and others who argue that it violates basic First Amendment rights to regulate fashion in this manner. Some argue it will lead to unnecessary arrests and fines and further exacerbate tensions between police and young black men who do not deserve to be scrutinized for this.

If signed into law, violations could result in fines up to $500 and even up to 90 days in jail.

"Primarily for me, it's not so much that I want to penalize anybody and force jail time," Davis says. "Sometimes, I think it's required that we legislate society into a norm."

She continues, "I believe everybody should have their own ideas about what they look like or what their style is.... but this has gone to such an extreme. It's not fair to us trying to have a civilized society."

Davis has not introduced a proposal like this before and says no one at the board of alderman has in a long time.

"One day, it hit me," she says. "I just was getting out of my car...and saw a group of young men walking, and I'm telling you, it was just disgraceful. I decided I've got to do something."

She says sagging is detrimental to those who choose to wear their pants this way.

"These young people don't realize they now put themselves in another category of obsolete," she says. "They are not considered for anything. They think it's OK to go anywhere dressed like that. They show up to a job interview, and it's going to cost them the job. They show up to school and they get reprimanded. I've seen them at churches and funerals like this. It's common."

In response to those arguing the bill may violate civil liberties, she says, people do not "have the right to show me your butt every day." And she argues that individuals who wear saggy pants would be better off in the long run if they did not.

She says jail time would be a last resort and only in extreme situations -- if an individual repeatedly doesn't pay fines or fights back when an officer is talking to them, for example.

"I would rather keep the penalty low," she says.

In defending her bill, she cites efforts through legislation to curb drunk-driving or encourage the use of seat belts and car seats. 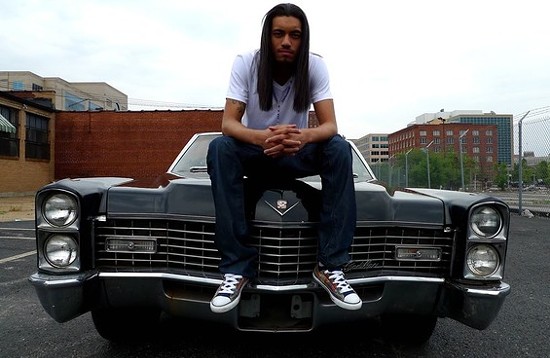 "We had to protect ourselves and do better for society," she says, adding, "Can you imagine what people think about us who come here visiting from another country? I mean, c'mon!"

When the board of aldermen reconvenes in September, the proposal will still be in the public safety committee, but Davis says she is hopeful it can advance from there.

The main concern she has heard from colleagues, she says, is "they just didn't want to end up putting more young people into the penal system.... I don't believe that's going to be the case here."

The panel discussion tonight will be moderated by Dr. Christi Griffin and will include Davis as a panelist alongside Michael Butler, a state representative, Norman White, a Saint Louis University associate professor of sociology and criminal justice, and Yung Ro, a hip-hop artist.

Davis adds of her proposal, "I believe it's one of those things that can help us improve the landscape of the city of St. Louis so it can really be a true metropolitan town and everyone has an opportunity to excel."