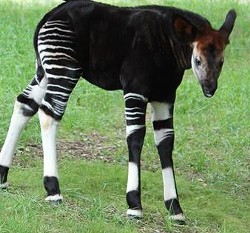 Today, the Saint Louis Zoo is debuting Umeme, a female okapi, also known as a "forest giraffe," who was born two months ago.

Umeme, which is the Swahili word for "lightning," weighed 52.8 pounds when she was born on June 17, but okapi calves grow very fast, the zoo says. After one month, she had already doubled her weight. In these photos, she is nearly two months old -- and venturing outdoors for the first time.

The okapi is one of the world's rarest animals in captivity, with only 94 in 23 U.S. zoos, including Umeme, according to the zoo.

Umeme was born to mother Manala and father Jabari. The birth of this female okapi is an "important and rare event," the zoo says, noting, "okapis are considered to be likely endangered due to both hunting and political crises in their native land."

This species is apparently so shy and secretive in the dense rainforests of the Democratic Republic of Congo that very little is known about its lifestyle in the wild -- where its numbers are undetermined. The breeding of Manala and Jabari was recommended by the Association of Zoos and Aquariums' Species Survival Plan.

Visitors can see Umeme at the zoo's Red Rocks exhibit.

For now, some more photos:

And for some more okapi fun from the St. Louis Zoo: 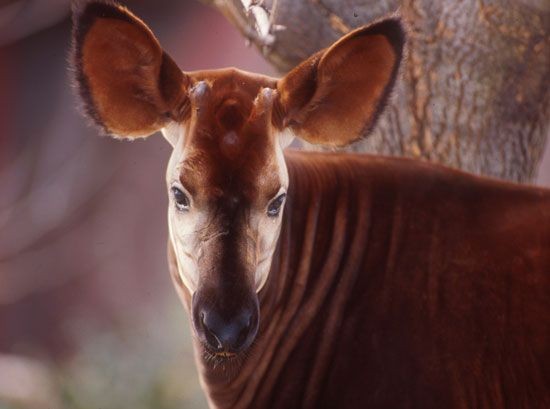