This week, RFT music editor Daniel Hill is immersed in the Gathering of the Juggalos at Cave-in-Rock, Illinois, publishing all sorts of colorful dispatches along the way. Check 'em out at RFT Music!

In the meantime, here's Daily RFT's contribution to the coverage: One of the attendees -- photographed by our guy on the scene after he, it seems, cut off one of his nipples and stapled money to his body -- just so happens to be a dude who appeared on this very blog five months ago.

Remember Adam Roberts, the subject of, "This is The Scariest Mugshot We've Seen in a Really Long Time" post? He's at the Gathering of the Juggalos apparently doing violent things to his body! Photos below are potentially NSFW if you are squeamish about nipple-less bare chests and bodies with staples in them. 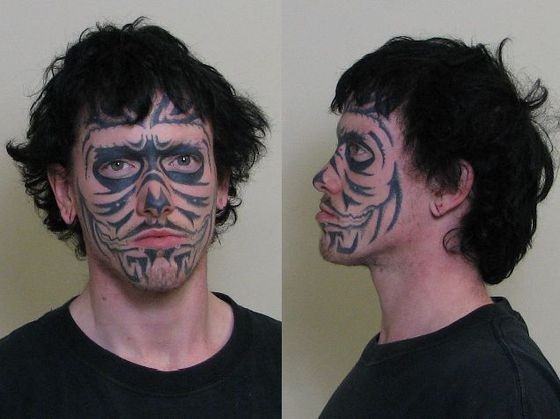 As Captain Mike Dixon told us at the time, "Yes, it's a real tattoo."

Now here is a larger version of that photo from the gathering, snapped by the RFT photographer on site:

Roberts, who apparently got a haircut since his alleged burglary, made it into RFT Music's "Best Overheard" post published yesterday after he reportedly said, "I'm gonna rape your mother if you don't buy our drugs."

This was after he stapled dollar bills to himself and cut off his nipples.

Here are more photos, including an incredibly cringeworthy one of his nipple in a ziplock bag: 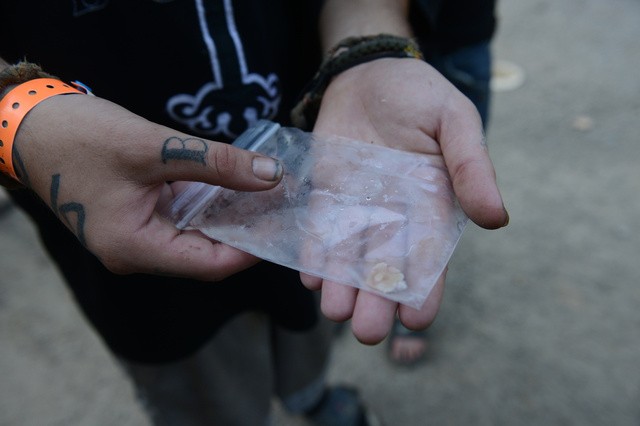