That's a question Illinois Senator Dick Durbin, a Democrat, is asking this week in advance of planned Senate hearings on these gun laws recently thrust into the spotlight with the trial of George Zimmerman, the Florida man who shot and killed an unarmed teenager and was acquitted in June.

What does this intense political debate have to do with Budweiser beer? A-B, like many other corporations across the country, has ties to the American Legislative Exchange Council, a conservative policy group that has pushed stand your ground laws. And a letter from Durbin this week to A-B demands the company publicly state its position.

"I write to seek information regarding your company's position on "stand your ground" legislation that was adopted as a national model by an organization called the American Legislative Exchange Council (ALEC)," Durbin, who is the assistant majority leader, writes. "In 2005, ALEC approved the adoption of model 'stand your ground' legislation entitled the 'Castle Doctrine Act.' This model legislation was based on Florida's 'stand your ground' law, and it changes the criminal law regarding self-defense and provides immunity for certain uses of deadly force."

A-B was one of several hundred corporations that received the letter this week, full list and letter below. We're guessing it's unlikely the company will actually state its stance on this issue and a representative has not responded to requests for comment from Daily RFT. We'll update if we hear back. 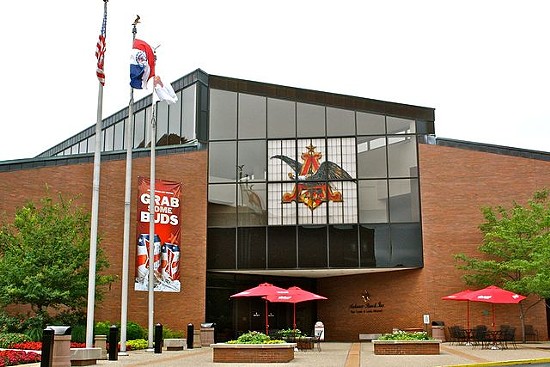 This helpful map from Mother Jones shows how the "stand your ground" laws have spread, with the backing of ALEC and the National Rifle Association.

Some conservative Missouri lawmakers are in fact headed to Chicago this week for ALEC's annual retreat.

Missouri is one of around 30 states in the country that has a law like this on the books. Here, it's called the Castle Doctrine -- and Gov. Jay Nixon, a Democrat, enacted legislation expanding the scope of this law back in 2010. These policies across the country permit -- to varying degrees -- the use of deadly force in self-defense scenarios.

Critics like Durbin argue that in some cases, these laws have actually "encouraged unnecessary shooting confrontations," as his office notes in a press release. And there are "civil rights implications when racial profiling and 'stand your ground' laws mix," the statement adds.

1. Has [your company] served as a member of ALEC or provided any funding to ALEC in 2013?

2. Does [your company] support the 'stand your ground' legislation that was adopted as a national model and promoted by ALEC?"

As Durbin's office notes, ALEC does not maintain a public list of corporate members or donors. A-B has been connected to the group in the past.

Again, A-B is one of many companies called out in Durbin's letter, but it'll be interesting to see if the corporation does offer any response.

Durbin plans to convene a September hearing in the Senate Judiciary Subcommittee on the Constitution, Civil Rights and Human Rights that will examine these laws and ALEC's influence on them.

Here's a copy of the letter and a list of the companies.