Quy Vo, a 32-year-old Tower Grove East resident, is accused of stabbing his brother-in-law to death -- and dropping his eighteen-month-old child to the pavement during the incident.

As we reported yesterday, the fatal victim, Phung Huynh, 44, was found on his front porch, suffering from puncture wounds to his abdomen and arm on Tuesday at around 10:30 p.m. He was taken to the hospital and died a short while later.

Vo, police say, "swung the knife several times" and then chased after Huynh as he tried to flee.

Vo is the father of the child he allegedly dropped, officials say.

The probable-cause statement says the victim was sitting outside his home on the front steps when Vo stabbed him with a "large knife" in the abdomen before swinging it several times more.

An eyewitness apparently pulled Vo away from Huynh.

Vo is facing charges of first-degree murder, armed criminal action and endangering the welfare of a child.

He and Huynh are both listed as living on the 3400 block of Juniata Street. Police say the fight was tied to some ongoing feud.

Here's the full probable cause statement followed by our original coverage of the stabbing from yesterday.

There's been another fatal stabbing in the city of St. Louis -- just one day after a north St. Louis man was knifed to death.

Phung Huynh is the latest homicide victim in the city and police say he was killed by a relative, who has been taken into custody.

The stabbing, cops say, occurred after an argument related to an "ongoing feud" escalated.

The suspect, whom police have not yet named, is a 32-year-old male.

Police located Huynh on the 3400 block of Juniata Street in the Tower Grove East neighborhood in south city last night at around 10:30 p.m.

He was lying on his front porch suffering from puncture wounds to his abdomen and arm, cops say. 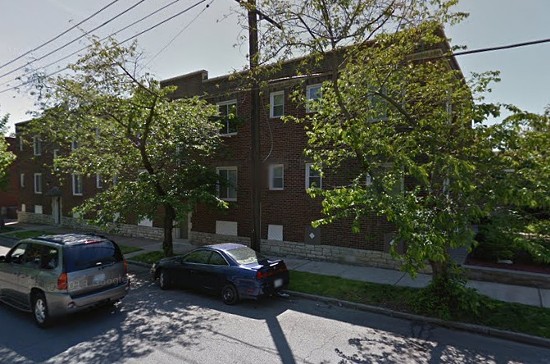 He was taken to a hospital and pronounced dead a short while later.

Police say the suspect used a fixed blade knife in the attack.

Here's the full SLMPD report on the incident.

Incident: Homicide Location: 3400 block of Juniata Date/Time: 8/6/13 @ 2235 Victim: Phung Huynh, 44-year old Asian male of the 3400 block of Juniata Suspect: 32-year old Asian male Officers responded to a call for a "cutting" and upon arrival, located the victim lying on the front porch of the residence suffering from puncture wounds to his abdomen and arm. The victim was conveyed to a hospital and pronounced deceased. Officers located the suspect, who is related to the victim, and took him into custody without incident. Investigation revealed that the suspect stabbed the victim with a fixed blade knife after an argument stemming from an ongoing feud. The investigation is ongoing.