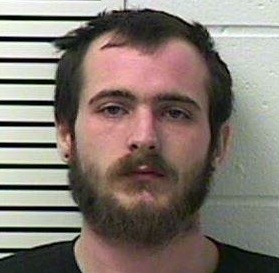 Trever Sawyer, a 21-year-old Elsberry man, is facing accusations that he committed statutory rape and then gave his victim "specific instructions" to lie and "directions on how to destroy her iPod," which reportedly had incriminating evidence on it.

Sawyer was recently arrested on felony charges of second-degree statutory rape and tampering with a victim with cash bond currently set at $50,000, according to the Lincoln County Sheriff's Office.

Police say the suspect called himself "Uncle Trevor" in communications with the fifteen-year-old female victim.

That was part of the evidence he apparently wanted destroyed.

The sheriff's office says it began investigating the rape case on July 23 and that the victim identified Sawyer as the suspect in an interview.

A search warrant of his iPod allegedly led cops to multiple messages from Sawyer to the victim that confirmed the rape and included clear directions for her to destroy the iPod altogether.

Police say that while interviewing Sawyer, he stated that he "wanted to die" and felt suicidal.

He was admitted to an area hospital for an evaluation.

Here's a larger version of that mugshot.