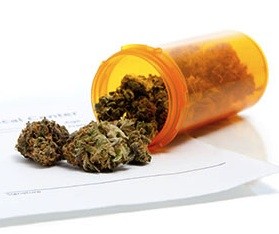 This week, Illinois became the twentieth state in the U.S. to legalize medical marijuana -- and advocates in Missouri say it can only help boost reform efforts here.

Initiatives to legalize marijuana for medicinal purposes have not been successful in Missouri -- but lawmakers next session will for the first time introduce a full-fledged legalization proposal, one that could potentially allow for medical and recreational use in the state if it were successful.

Illinois' new law, called the "Compassionate Use of Medical Cannabis Act" is one of the strictest ones in the country.

Governor Pat Quinn signed the measure yesterday, noting that it has one of the "strongest restrictions on the cultivation, dispensing and use of medical marijuana" in the nation.

"As Nelson Mandela once said, 'Our human compassion binds us the one to the other - not in pity or patronizingly, but as human beings who have learnt how to turn our common suffering into hope for the future'," Quinn says in a statement. "Over the years, I've been moved by the brave patients and veterans who are fighting terrible illnesses. They need and deserve pain relief."

He adds, "This new law will provide that relief and help eligible patients ease their suffering, while making sure Illinois has the nation's strictest safeguards to prevent abuse." 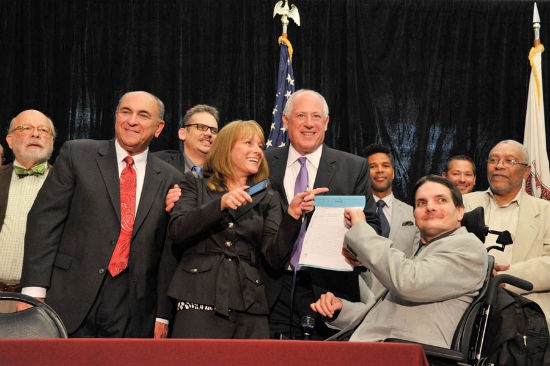 Illinois residents with "debilitating medical conditions" will be able to access medical marijuana under the new law. The bill specifies 35 eligible conditions, including cancer, multiple sclerosis, Parkinson's disease and HIV.

The new law enacts strict restrictions on the cultivation centers to ensure professional licensing, 24-hour surveillance and inventory control. There will be 22 cultivation centers - one for each State Police District. Each must comply with local zoning laws, and be located at least 2,500 feet from day care centers and schools.

Unlike some states, the law will not allow patients or caregivers to cultivate cannabis and there will be no more than 60 licensed dispensaries.

"Legislators who live in Missouri, especially those who are pretty close to Illinois, St. Louis-based legislators, are definitely going to be able to say, 'Why shouldn't we try this?'" Payne says. "'There doesn't seem to be a downside. Maybe we should give this a shot.'"

Missouri officials, he says, will see "the sky is not going to fall because of it."

Show-Me Cannabis, which has focused on efforts statewide and in local municipalities to reduce the punishment for low-level offenses, aims to lead a full legalization initiative in an upcoming election, likely in 2016. Medical marijuana, Payne points out, would be included in that.

Can St. Louis or other Missouri residents benefit from the new law in our neighboring state?

Payne explains that a patient must have an established relationship with a physician -- based in Illinois -- in order to get a prescription, so unless Missourians have doctors across the river, it will be difficult to take advantage of this.

He notes, "It's a pretty restrictive law relatively speaking. We certainly support medical marijuana laws. But as a trend, they've gotten more and more restrictive."

Compared to other states, the list of eligible conditions is small, he says, but adds, "Those diseases are the most serious ones. It is at least going to help people who need it the most."