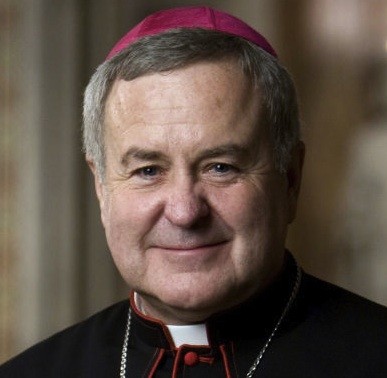 Earlier this morning, we posted our interview with Father Gary Meier, an openly gay St. Louis priest, who had some thoughts to share about Pope Francis's surprising remarks that he wouldn't judge gay priests (saying, "You can't marginalize these people").

Meier says the comments are a "breath of fresh air" and a nice change in tone from the "outright anti-gay, hostile statements" the church usually delivers.

Now, Daily RFT has another relevant local reaction to Pope Francis, this one from the Archdiocese of St. Louis -- which has a slightly different take than Meier.

The St. Louis Archdiocese -- which slammed the Supreme Court ruling favoring gay marriage last month -- says in its new statement that it supports Pope Francis' remarks and reiterates that "homosexuals are welcome in the church," but "homosexual activity is forbidden."

Here's the full statement sent to Daily RFT this morning.

The Archdiocese of St. Louis supports the remarks by Pope Francis which reiterate church teaching that homosexuals are welcome in the church but homosexual activity is forbidden. The Catholic Church teaches that all people are called to responsibility when it comes to sexuality, whether homosexual or heterosexual, priest or lay person. She believes that all sexual activity belongs within a marriage between a man and a woman.

Meanwhile, Cardinal Timothy Dolan, formerly of St. Louis, said today that the pope's comments signaled a shift in tone, but not in teaching: Homosexual acts, he reiterated, are still a sin.

Here's a video from the Archdiocese of St. Louis on the Supreme Court gay marriage decision.

Follow That Story Gettin' All Religious Up in Here LGBT Politics