Mary Mullenix, the 69-year-old St. Louis County woman who police say stabbed her husband to death, once reported to cops that her husband had violently choked her.

Daily RFT has obtained copies of reports and photos from the Town & Country Police Department that offer a peek into the violence that apparently plagued their marriage, ultimately leading to the death last week of Ivan Mullenix, 76, inside their home in Country Life Acres (a tiny town in west St. Louis County).

The reports, regarding an incident last summer, include clear photos of the injuries both of them sustained during the physical confrontation as well as direct written statements from the wife, who is now charged with second-degree murder. The full documents are on view below.

As we reported last week, Mary Mullenix, according to county police officials, stabbed her husband to death at around 1 a.m. on Thursday and then tried to hide evidence from cops by cleaning blood off of the knife. For that, she is facing a charge of "tampering with physical evidence," along with the murder charge and an armed criminal action charge.

Scott Rosenblum, Mullenix's attorney, confirms to Daily RFT that she has been released after posting a percentage of her bail on Monday. A condition of her release is that she wears a device monitoring alcohol consumption, he says, noting that this is fairly standard.

Mullenix will enter a plea of not guilty, he tells us, saying, "I'm comfortable that the evidence will support our position."

He adds, "We're reviewing everything thoroughly."

In the police report from August 12, 2012, an officer writes that upon arrival, Mary Mullenix said she had just been assaulted by her husband: "Mullenix stated she confronted her husband while he was in bed about a friend who is trying to take over her husbands [sic] life by making decisions for him." The statement from the cop continues: 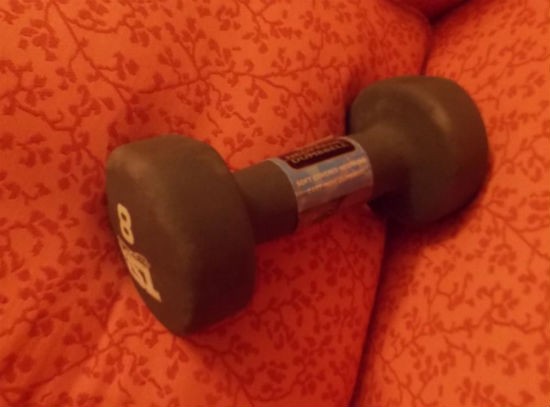 Her husband, the report says, told police that she "woke him up while he was sleeping in his bed."

In her written statement, Mary Mullenix writes, "I said something that 'triggered him off.'.... He reacted abusively - charged. Slashed my face. I ran toward the chair that contained the 8 lb. weight. Hit him!! Then he tried to choking me and told me that he loved me..."

Here's an image of the written statement.

Though cops say her husband offered verbal statements, this is apparently what he wrote for police:

The report says that prosecutors refused to issue charges against either of them "due to each party saying the other one started the fight and neither wished to pursue prosecution."

Asked about this past case of violence, Rosenblum says, "We're going to look at everything."

Here are some more images from the report, followed by the full documents and statements on the next page. 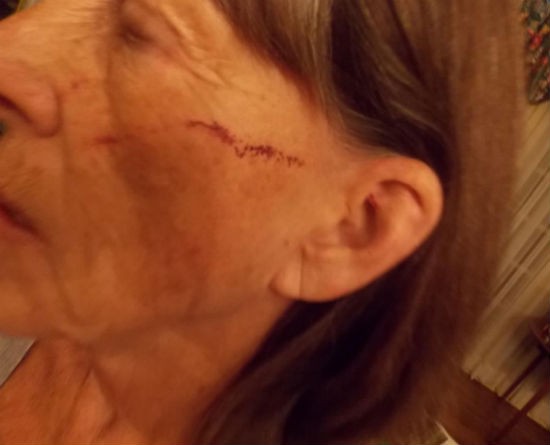 Continue for more photos and full copies of the police report.

And here's the official complaint filed in circuit court last week regarding the stabbing.