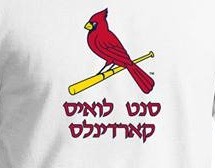 The St. Louis Cardinals are no longer etching Christian symbols into the pitcher's mound at Busch Stadium, but they are still celebrating religion. And next up is Judaism!

For the first time ever, the Cardinals this summer will be hosting a Jewish Community Theme Night, the team announced last week.

"This year, we have ramped up our special events," Martin Coco, director of ticket sales and marketing for the Cardinals, tells Daily RFT. "What we're basically trying to do is reach target audiences."

The Cardinals got national attention this summer after Daily RFT published photos of the Christian cross etched into the mound on the field (sent our way by a disgruntled fan -- who happens to be Jewish -- and who thinks displays of religion like this don't belong in the stadium). Weeks later, the Cardinals general manager said that the religious imagery was not "club policy", and that the practice would end.

The team earlier this month did go forward with its annual Christian Day at the Ballpark -- an event the Cardinals has hosted for many years.

Coco tells us that more than 15,000 fans showed up to the event, featuring keynote speaker Willie Robertson, CEO of Duck Commander and star of A&E's Duck Dynasty.

The Cardinals have been planning the Jewish event for quite some time (though the team did coincidentally announce it right after the Cross on the mound story got a lot of attention).

Jewish Community Night -- on Thursday, August 8, when the Cardinals are hosting the Los Angeles Dodgers -- will probably not have as big of a crowd as Christian Day, given that it's the first time the team is doing it, and it is by nature a smaller event than the Sunday daytime Christian-themed programming.

"Our hope is to continue to build Jewish Community [Night]...as an annual event," Coco says.

Over the years the Cardinals have hosted a variety of group nights that have involved Jewish groups, but this is the first time the team has a formal theme ticket program. Modeled after other baseball teams with theme nights, the Cardinals this year are promoting a host of new events targeting specific communities.

"It's kind of a win-win," he says. "It's a gathering point for them and a community-positive thing, but it's also positive for ticket sales."

Fans can buy tickets here for Jewish Community Night, which comes with a pregame concert in Ford Plaza featuring national Jewish-rock artist Rick Recht, a St. Louis native. He will also perform "Take Me Out to the Ballgame" with a Jewish Community Night Choir during the seventh-nning stretch. 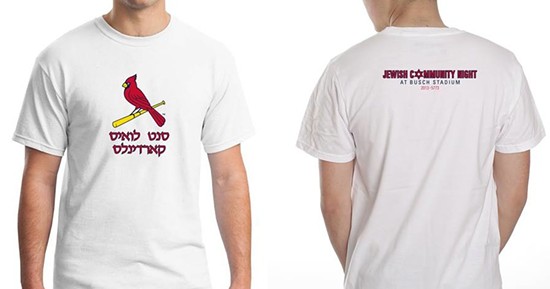 Throughout the night, fans can enjoy kosher snacks available for purchase at the new Kohn's Food Cart outside Section 147, the team says. The cart, introduced earlier this season, offers authentic kosher hot dogs, pastrami and corned beef during all game days (except the Sabbath and Jewish holidays).

This is the only other religious-themed night planned this season, Coco says, but adds, "We are certainly open to other ideas and other groups that may want to come forward."

Theme nights, he says, are most successful when there is a representative of the community or different organizations promoting the event alongside the Cardinals.

The San Francisco Giants have had successful Jewish Heritage Nights in the past with fun giveaways, he says, adding that next year, he hopes the Cardinals can offer yarmulkes. 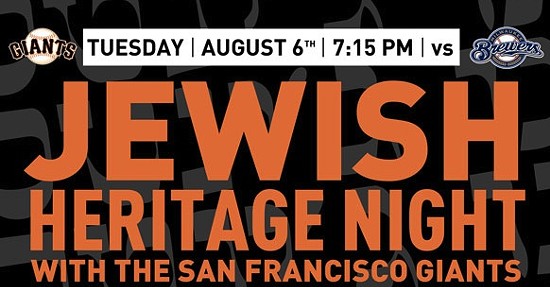 Other theme nights still to come at Busch Stadium include Christmas in July, Nelly, Mizzou, Hunting and Fishing, and more.

Assuming Jewish Night is a success here, he says, "We would definitely want to bring it back."

Cardinals Gettin' All Religious Up in Here