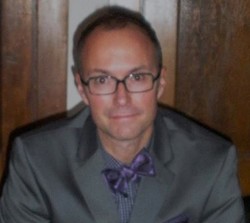 John Paulsen, a 48-year-old Kansas native who moved to St. Louis ten years ago and worked as a director at the Chase Park Plaza Hotel, was shot and killed over the weekend inside his convertible.

And his grieving family and friends back home in Goodland, Kansas, believe Paulsen was the victim of a random, senseless act of violence.

"The whole world was at his feet, and why this happened to him, I don't know," James Paulsen, his 72-year-old father tells Daily RFT. "It's tough. It really is."

Metro police officials say that Paulsen was parked on the 4200 block of Neosho Street in the Bevo neighborhood of south St. Louis at around 3:30 a.m. Sunday morning when he was fatally shot.

Police say he might have been closing the convertible top of his car when an unknown gunman fired at him. The suspect is a "black male, 6' - 6'2" tall, slender build with shoulder-length dreadlocks," cops say. He remains at large, and the investigation is ongoing. A police spokeswoman tells Daily RFT that the department has no new information to report as of yesterday afternoon. (The original full incident summary is below.) 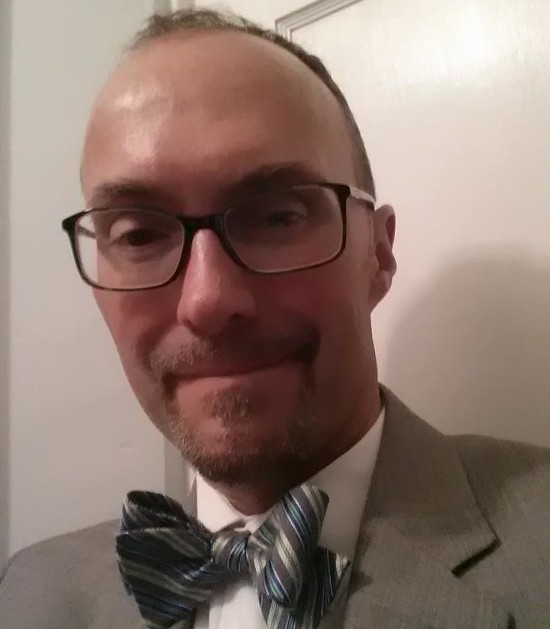 Paulsen, the 57th homicide victim in the city of St. Louis this year, lived on the 900 block of Dover Place in the Carondelet neighborhood nearby the shooting.

"It's shocked our little town here," says Judy Bateman, who runs the Bateman Funeral Home with her husband and is handling the arrangements. She's also a close family friend who knew Paulsen since he was a baby. Bateman's son and Paulsen were best friends, she says. "You're just not ready for that.... This shouldn't be happening to our kids' friends."

James Paulsen tells us that his son, who was the director of catering at the Chase Park Plaza, had been working a wedding on Saturday and was likely on his way home at the time of the incident.

"He had stopped...and then the guy came out of nowhere," Paulsen says. "I don't know whether he was going to rob John or what."

Police say he was shot in the chest and died at a hospital a short while later. The suspect allegedly fled on foot.

Paulsen says it's important to the family that police catch the man responsible -- to stop him from committing another crime.

He adds of his son, "His family really misses him."

Bill Derbins, general manager of the Chase Park Plaza, confirms to Daily RFT that Paulsen worked for the hotel, adding, "Our thoughts and prayers are with the family."

Paulsen was born in Kansas City, Kansas, on July 5, 1965, and was adopted nine months later by James and Janet Paulsen. He grew up and went to school in Goodland and graduated in 1983, a member of the National Honor Society. He went on to attend Bethany College in Lindsborg, Kansas, and then studied performing arts at Northwestern in Chicago before eventually moving to St. Louis.

Family and friends say he was a talented musician and performer who starred in musicals and shows throughout his youth.

"He was the lead tenor," his father says, noting that he also played organ, guitar, trombone and more. "He played about all the instruments."

"He could bring the whole...church to tears [with his voice]," adds Bateman. "He was just an incredible, wonderful musician."

Bateman recalls one time he sang in high school that stunned the entire crowd. "When it was over, it was absolutely silent for three seconds. Then the whole audience erupted."

She remembers him getting a lead role as a freshman in college, too.

Continue for the full obituary and police report.

"He had more hobbies than you can imagine," says Paulsen.

John lived by himself and enjoyed gardening, bird-watching, hunting, fishing, cooking and caring for his two dogs, his family says.

"Everyone that I talked to had nice things to say about him.... He would give anything to anybody," he says. "He did not have a prejudiced bone in his body. He loved everybody."

He is survived by his parents and sister, Jodi, and her son, Shayne.

John Mark Paulsen died July 21st, 2013 in St. Louis, Missouri. He was born July 5, 1965 in Kansas City, Kansas and moved to Goodland with his adoptive parents Jim and Janet Paulsen when he was 9 months old. He attended school in Goodland, graduating with the class of 1983. He will be remembered for his incredible voice and enjoyed X-pressos, musicals, concerts, contests and National Honor Society. He attended college at Bethany for 4 years and Northwestern in Chicago where he earned a specialist in performing arts degree. For the last several years he has been the director of Catering at Chase Park Plaza in St. Louis, Mo. He enjoyed gardening, bird watching, hunting, fishing, cooking, singing and walking his 2 puppies.

John was preceded in his death by his grandparents Harry and Lillie Paulsen and Hurston and Helen Hedrick.

He is survived by his parents Jim and Janet Paulsen of Goodland, sister Jodi and her son Shayne Hurston of Willow Springs, Mo.

Incident: Homicide Location: 4200 block of Neosho Date/Time: 07/21/13 @ 3:26 a.m. Victim: John Paulsen, a 48-year old white male of the 900 block of Dover Suspect: Black male, 6' - 6'2" tall, slender build with shoulder length dreadlocks Upon officer's arrival to the scene, they located the victim sitting in the driver seat of his vehicle. The victim was unconscious and suffering from a gunshot wound to his arm and chest. The victim was transported to an area hospital where he was pronounced deceased. Investigation revealed, the victim parked his vehicle and unknown black male approached and fired a gunshot towards the victim's vehicle. The suspect fled the scene on foot. The investigation is ongoing. Anyone with information is asked call CrimeStoppers at 1-866-371-TIPS.