"He singled out a certain horse," Evenson says.

"It's just something that you hope doesn't happen," Bill Spell, owner of the stable, tells Daily RFT. "It's just pretty weird that somebody is that perverted."

Spell says his son reported the sexual acts to police.

The probable cause statement from the St. Louis County Prosecuting Attorney's Office says that on March 31, the defendant was "observed digitally penetrating the vagina of a horse. Defendant was told to leave and to not return to the property." 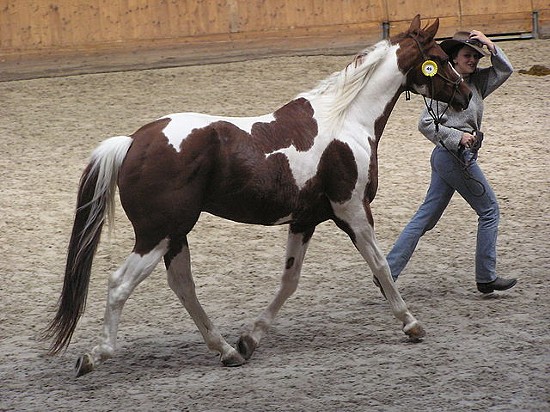 But on April 24, he allegedly returned again and was observed committing the same sexual act on the same horse a second time.

When confronted by police, he apparently confessed to the acts.

"He basically said he stuck his fingers into the horse," Evenson says, adding, "I'm kind of baffled."

Both Evenson and Spell say that the horse -- a $40,000 show horse, apparently -- was not physically injured or damaged as a result of the assaults.

Spell says the man has no connection to the stable and was just a random person who came to visit wanting to look at the horses.

He adds, "He's got to face what he's done.... You have to get the police on it and get this guy away from the place and that's what happened."

Now that he's been charged and is banned from coming back, Spell adds, "We're just moving on."