Brian David O'Neill's wife sleeps in a separate room from her husband because she fears he will kill her in her sleep.

The St. Charles woman reportedly told police this troubling fact after they were called to respond to a recent domestic violence incident.

In this case, police say the 25-year-old man repeatedly zapped his wife with a stun gun -- because he couldn't find his wallet.

The man is now facing felony charges of second-degree domestic assault and armed criminal action along with misdemeanor charges of unlawful use of drug paraphernalia and property damage, court records show.

O'Neill lives on the 800 block of North Sixth Street, the Post-Dispatch reports.

The paper reports that he attacked his wife at a relative's home on Blanchette Drive earlier this month -- with a Concorde Defender 3.8 million volt model stun gun. He allegedly used it on his wife's neck and then when she recovered and tried to escape, he used it again on her abdomen and thighs while pinning her to the ground, according to police. During the attack, he allegedly damaged a chair and room divider. 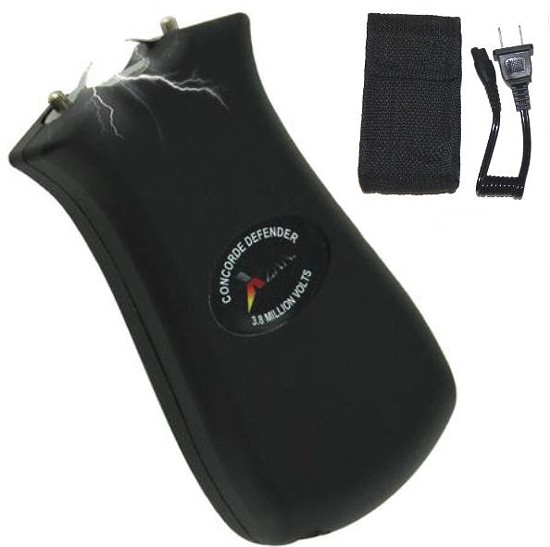 O'Neill was on parole for a drug violation at the time and is now behind bars with a bail set at $35,000.

Daily RFT left a message for his attorney today and will update if we hear back.

Court records show he has a case review scheduled for tomorrow and that a judge recently denied a motion to reconsider the bond.