A male undercover cop with the Maryland Heights Police Department may be chatting up gay men in Creve Coeur Park with the explicit intention of falsely accusing them of indecent exposure and arresting them.

So says St. Louis attorney Albert Watkins who claims that an undercover officer last month targeted one of his male clients and arrested him for allegedly exposing himself -- based on a totally fabricated accusation.

Daily RFT has confirmed that the man was taken in for indecent exposure, but cannot get any more official details from police about the incident. That's because the case is closed and the charges have since been dropped -- a fact that Watkins says only supports his suspicions that the cop may been unlawfully citing men in the park who've done absolutely nothing wrong.

"This is about as noble of a law-abiding citizen that you'll find," Watkins says of the near-middle-aged man arrested for indecent exposure, who wishes to remain anonymous.

According to Watkins, this man, who is gay, drove to Creve Coeur Lake in June to go for a run and when he was parking his car in the nearby lot, a man approached him and they began talking.

Watkins says the two made small talk during a very short conversation -- and his client told the man that he was there to go for a run. The man then went to use the bathroom and change before jogging.

As he was exiting a stall, the man who had approached him earlier was standing there and made a surprising remark, Watkins says.

"'You showed me your dick,'" the man, who revealed himself to be an undercover Maryland Heights policeman, allegedly told him.

"'What are you talking about?'" the man replied, according to Watkins. "'Are you kidding me? I was in a stall.'"

"He proceeds to write up a completely fabricated report," Watkins says.

Watkins alleges that the cop then arrested his client and took him in where he was forced to wait for three hours. 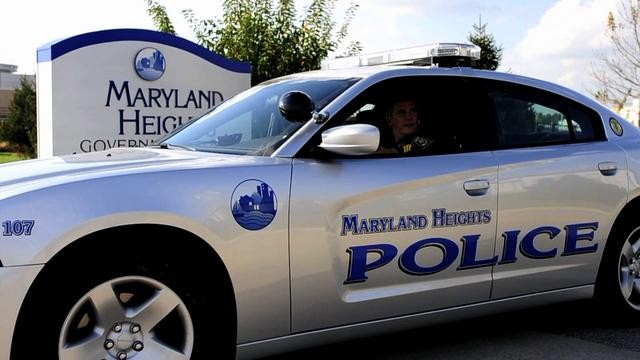 After his client said, "I didn't do it.... You know this," the cop replied, "Well that's not what the report is going to say," Watkins says.

Watkins says this kind of police behavior is always very concerning. "Anytime you've got a cop who's done this once, it's never once."

The man had to pay a $500 bond and was given a court date of July 25 from the Maryland Heights Police Department -- both facts confirmed in a bond note Watkins shared with us. The document also confirms that the written charge was "sexual indecent exposure."

A few weeks later, however, Watkins learned that the charge was dropped and that the case would not be prosecuted (also confirmed in a court document Daily RFT reviewed advising the man to make arrangements to pick up his bond).

The police department tells us that the case in question is closed and is thus no longer a public record.

The assistant prosecutor who formally decided not to prosecute the case declined to comment to Daily RFT.

Steve Osterloh, a spokesman for the police department, says that police will respond to complaints of inappropriate sexual activity -- and that they do target parks and other places known as possible meetup sites for illicit behavior.

"We get complaints from people that men are exposing themselves or having sex," he says, explaining that officers will sometimes respond with sting operations.

Do the undercover cops show up and seek out potential targets?

"We don't actively approach people," he replies. "They usually approach us."

Oserloh adds of the cop's charge in this case, "He wouldn't have said something like that unless it was true.... He would not have said the man exposed himself if he hadn't."

Watkins, however, questions why the charges were dropped if police believe this was true.

"If my client did what the policeman accused him of doing, my client should be charged," Watkins says, arguing that this could be a rogue officer who, for whatever reason, is making these kinds of false arrests.

The department may at least have proper checks and balances in place that resulted in the case being dropped, he adds.

In this case, Watkins argues, his client's civil rights were violated, given that police held him on false accusations. He adds, "Once you have those entrusted to serve and protect feeling they are no longer subject to the very rules they are supposed to enforce, you've got a problem."