Ed Emery Defends Remarks On Dangers Of Sodomy: "The Truth Can Be Very Offensive" 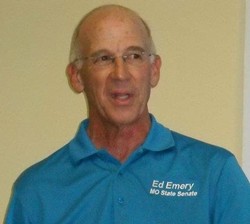 State Senator Ed Emery is standing by his homophobic remarks on sodomy and gay marriage, arguing that there was nothing inaccurate about his controversial column -- and that "the truth can be very offensive."

Yesterday, Daily RFT drew attention to his latest legislative newsletter, in which he reflects on the U.S. Supreme Court's recent gay-marriage ruling and then proceeds to argue that sodomy is "more offensive and significantly more dangerous" than smoking.

Since publishing that post, we got a chance to chat directly with Emery on the phone who tells us he doesn't know what is false about his essay and says he is happy to talk with critics about it.

When asked how he would respond to LGBT people who might be offended by a column that presents them as dangers or threats to society, he responds, "I would just ask them to point out any error...if there are mistakes or information that is inaccurate, I would want to know."

He continues, "Show me where I'm wrong. If we're in disagreement, the best resolution is a full discussion."

As some critics commented on Twitter, in referencing the "Supreme Court rulings on sodomy and the assault on marriage," the column appeared to be complaining about a decade-old ruling against sodomy bans. (The Supreme Court has not issued any decisions related to sodomy since 2003.) 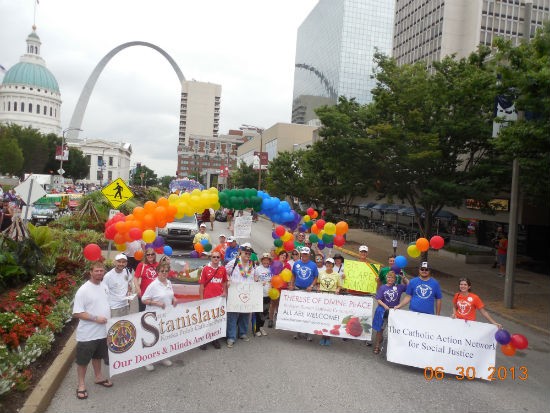 Emery tells us this is not the case and that he was just raising the question of sodomy in the context of the recent Supreme Court ruling against the Defense of Marriage Act (a decision that says same-sex couples have a right to access federal benefits).

"I was talking about the most recent decision," he says. "When I think of marriage I think of a sexual relationship. I guess I just presumed that was the whole point. These are people who are involved in a relationship, and they want the state to sanction that relationship."

The column argued that a mere 3 percent of the U.S. population practices sodomy and says this is against "natural law." He wrote: "God did not create Adam and Andrew or Eve and Evelyn, but Adam and Eve. Their sexuality is clearly prescribed for procreation, but American society has redefined it from procreation to recreation."

He argued that it is hypocritical to try and regulate an unhealthy behavior like smoking while sanctioning sodomy and further stated that it is time to impeach the "five social activists" on the Supreme Court.

He reiterates these comments in our phone interview.

In the context of smoking, Emery says sodomy is a "kind of behavior with the same or worse effects."

Why, then, do we not talk about these dangers, he asks.

"I find that disingenuous," Emery says. "It just doesn't make sense to me."

Continuing with his smoking analogy, he argues that we wouldn't just stop talking about lung cancer simply because there are smokers who might not want to hear this commentary.

Speaking of the Supreme Court and doubling down on his call to impeach five justices, he says, "We have a branch of the government who has now exercised an element of tyranny that is beyond what I have seen in my life time."

He says, "We sometimes act like, well, there's nothing we can do. The Supreme Court has issued their opinion...[but] there's a reason those are called opinions."

"At this point, we go to the Constitution and say what can we do if we have a court that violates its jurisdiction?" he says. "The legislature can actually remove them."

Emery adds, "I am asking our legislators in Washington D.C. to take their oath seriously and do something about this usurpation of power."

After asking in several different ways if he had any response to critics of the column who believe the remarks are homophobic and offensive, Daily RFT asks if he personally approves of constituents who identify as LGBT.

"Obviously, our personal views affect our political views. I'm speaking in the context of the political arena," he responds.

Pressed on the matter -- how he would respond to a gay couple who lives in his district -- he says, "If there were folks that came to me on a personal basis and asked them my personal views, I'd be happy to share those with them.... I wouldn't necessarily publish my conversation."