Missouri Sex Offenders Registry Too Broad? Fight At Capitol To Get Hundreds Off List 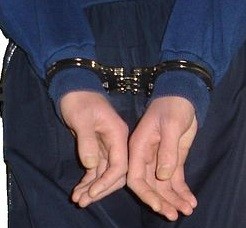 Are some people in Missouri unfairly labeled sex offenders?

That's a question that came up at the legislature this session with a proposal that could have allowed hundreds of currently registered offenders to have their names taken off of state and county websites.

"If you're going to have a list and have people that aren't dangerous on there...it diminishes the effectiveness of the list," State Rep. Kevin Engler, a Republican, tells Daily RFT. "Citizens...are confused because of the broadness of the thing.... It's very difficult to discern who actually poses a danger."

Governor Jay Nixon, however, is not a fan of the proposed revisions.

On Wednesday, he announced that he was vetoing House Bill 301, Engler's bill aimed at rewriting parts of the laws regarding sexual offenses and sexually violent offenders.

Nixon, a Democrat, says the legislation would essentially weaken laws on sexual offenders and would thus damage victims' rights and reduce public safety.

The tangible impact, his office says, is that hundreds of offenders would be removed from sexual-offender websites through a bill that "makes no distinction between those who have committed extremely serious or violent crimes and those who committed lesser offenses."

Nixon adds in a statement, "In addition to undermining the important public safety functions provided by the sexual offender registry and public notification websites, the bill also would have deprived victims of sex offenses the opportunity to be heard before an offender is removed."

The governor explains that HB 301 would have prevented individuals who committed a sex offense as a juvenile from being on state or county sexual-offender notification websites. That means about 560 people would have to be immediately removed from those sites -- regardless of the nature of their crime, whether they were convicted of forcible rape, forcible sodomy, child molestation, etc.

Part of his veto message says, full document below, says:

[The bill] does not strike the appropriate balance between providing this relief to a limited class of juvenile sex offenders and the need to ensure public safety. Instead, the bill would reverse the significant steps that Missouri has taken to protect the rights of victims and would undermine the important public safety functions provided by the sexual offender registry and public notification websites....

Engler says that another lawmaker brought forth the component of the bill that Nixon is referencing regarding changes to sex offender list requirements, but nonetheless says he agrees that change is needed.

"I would challenge [Nixon] to go ahead and acknowledge there is a problem," Engler says.

His argument is that certain offenses should not lead to a lifetime sex-offender label, such as a statutory case involving a consensual relationship between an eighteen-year-old and a sixteen-year-old.

Engler says there are real consequences to being on that list, and that it's not right for some of the most minor offenses for juveniles to be treated the same as the serious ones. "Some of those people are no danger," he says.

Here's the full bill, followed by the governor's veto message.