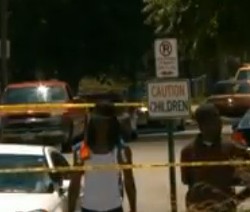 Oscar Guerra, the 35-year-old St. Louis man who police say shot and killed his wife and three-year-old son, had a history of domestic violence. On Saturday, Carla Guerra, 28, and their son Marcio, age three, were found dead in their Tennessee Avenue home in south St. Louis. Oscar Guerra had shot them both multiple times -- and then fired a fatal shot into his own head, police say.

In our report yesterday, we noted that he had a history of abuse and Daily RFT has since obtained a copy of an incident report from a May 21, 2013 assault in which Guerra allegedly beat his wife while their toddler son was laying on her lap.

He was not charged.

It's unclear how exactly the man was not arrested, but there are no records with the circuit attorney's office of any charges issued against him.

The St. Louis Metropolitan Police Department report says: "The suspect was placed as wanted. All attempts to locate the suspect were to no avail."

What happened on May 21?

The incident, classified as "Assault 2nd (Domestic)/ Endangering the Welfare of a Child," happened at around 5:30 a.m. in a residence at the 4200 block of South 38th Street in the Dutchtown South neighborhood. (Officials say that the couple and their three-year-old son had moved into the Tennessee Avenue home in June just three days before the weekend's murder-suicide). 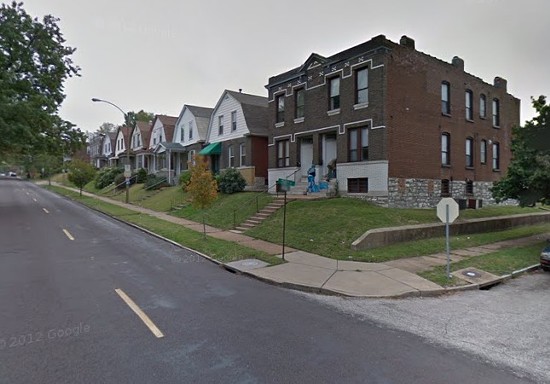 According to the report, the woman told police that Oscar Guerra came home intoxicated that morning in May "after being gone for most of the night."

The report continues, "For unknown reasons, the suspect suddenly attacked the victim striking her numerous times with a tire iron. At the time of the attack the victim's son was laying on her lap."

The woman ran from the home, leaving her son behind, the report says. But her husband was apparently able to catch up with the victim and "continued to strike her with the tire iron."

He eventually fled the scene before police arrived.

His wife suffered bruising due to the attack, but refused all medical treatment for her and her boy, police say.

The suspect was not located, the report adds.

One month later, however, after he didn't show up for work cutting lawns for his landlord, he was found dead in his new home, alongside his deceased wife and boy who he allegedly murdered. They were found Saturday at around 10:45 a.m.

Here's the full incident report from the May domestic violence incident followed by the summary of the weekend murder-suicide.

Incident: Assault 2nd (Domestic)/ Endangering the Welfare of a Child
Location: 4200 block of S. 38th St.
Date/Time 05/21/13 @ 5:30 a.m.
Victim #1: 27-year old white female
Victim #2: 3-year old white male
Suspect: 35-year old Hispanic male
The victim stated the suspect returned home intoxicated, after being gone for most of the night. For unknown reasons, the suspect suddenly attacked the victim striking her numerous times with a tire iron. At the time of the attack the victim's son was laying on her lap. The victim ran from the residence leaving her son. The suspect caught the victim outside and continued to strike her with the tire iron. The suspect fled the scene and police were called. The victim suffered bruising due to the attack, but she refused all medical treatment for herself and the child. The suspect was placed as wanted. All attempts to locate the suspect were to no avail.

And here's a tweet Police Chief Sam Dotson sent out over the weekend.

. @SLMPD Homicide at the scene of a shooting on Tennessee. Initial scene investigation indicates the incident is a murder suicide. Sad day.