There's been another homicide in the city of St. Louis.

After a violent weekend involving three homicides, a fourth St. Louis resident was shot and killed yesterday inside his home on Samuel Shepard Drive.

Police say that an officer responded to the 2800 block of Samuel Shepard Drive at around 8:45 a.m. and found Wells dead inside his first-floor apartment. He had suffered gunshot wounds to his chest and shoulders.

An investigation at the scene revealed that he had gotten into an argument with an unknown black male prior to the shooting. 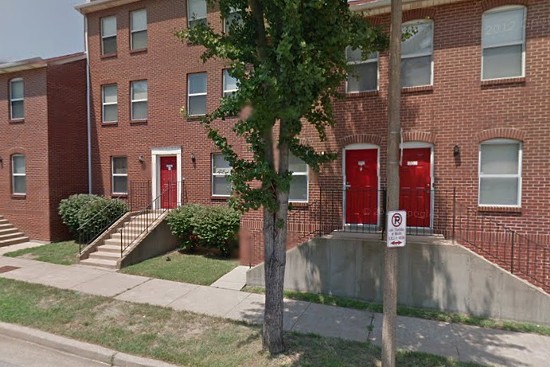 Police are urging anyone with information to call CrimeStoppers at 1-866-371-TIPS.

Police emphasized to the Post-Dispatch that this was not a random shooting. Police Lt. John Green told the paper that someone knocked on Wells' door and when he went to answer, multiple shots were fired straight through the door.

Police are apparently looking for at least two suspects.

On Saturday, Oscar Guerra, a 35-year-old St. Louis father, shot his wife and three-year-old son before killing himself. Later that day, Kenneth Watkins, 22, was found dead in his St. Louis apartment, another victim of gun violence.

Incident: Homicide Location: 2800 block of Samuel Shepard Date/Time: 07/01/13 @ 8:45 a.m. Victim: Mark Wells, a 35-year old black male of 2800 block of Samuel Shepard Dr. Suspect: Unknown black male Officer responded to the scene of a shooting at the above location. The victim was located inside the door of a first floor apartment, deceased. The victim suffered gunshot wounds to his chest and shoulders. Investigation at the scene revealed the victim was involved in an argument with an unknown black male prior to the shooting. The investigation is ongoing. Anyone with information is asked to call CrimeStoppers at 1-866-371-TIPS.