Update: Metro police officials have released new details on the south St. Louis murder-suicide over the weekend in which a father allegedly shot his wife and toddler son multiple times -- before turning the gun on himself. Our original coverage from Saturday is below.

Police have identified the shooter as Oscar Guerra, 35, who lived on the 3400 block of Tennessee Avenue by Cherokee Street. Police say he killed his wife Carla Guerra, 28, and their son Marcio, age three, who both lived with him in the Benton Park West home. Their landlord reportedly found the three dead inside the home on Saturday morning -- and an investigation revealed that the husband and wife had previously got into a physical confrontation before the fatal shootings.

Police say the mother and child suffered multiple gunshot wounds and were located in a rear bedroom and pronounced dead on the scene.

The father allegedly fired a shot into his head.

Police officials say that the man had been charged in May in another domestic violence case in which he allegedly hit his wife with a tire iron. And the couple and their son had reportedly moved into the home on Tennessee just three days prior, the Post-Dispatch reports. Oscar Guerra had apparently cut lawns for the landlord, who went to the home -- and made the grisly discovery on Saturday -- because the man didn't show up for work.

Here's the full incident report from SLMPD, followed by our initial coverage from Saturday.

Original post, Saturday, June 29, 2013, 1:29 p.m.: Some tragic, breaking news this afternoon: Police say that three people were found dead in south St. Louis this morning in what appears to be a murder-suicide.

At around 10:44 a.m., a landlord found a married couple and their two-year-old son dead inside a residence on the 3400 block of Tennessee Avenue by Cherokee Street in the Benton Park West neighborhood.

An investigation revealed that the husband shot and killed his wife and child multiple times -- and then turned the gun on himself. A weapon was recovered on the scene.

Police have not yet released names of the family yet, but it would appear that the toddler and woman are the 48th and 49th homicide victims in the city of St. Louis in 2013. 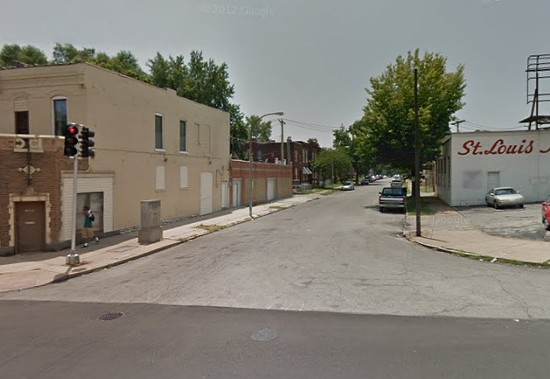 . @SLMPD Homicide at the scene of a shooting on Tennessee. Initial scene investigation indicates the incident is a murder suicide. Sad day.

This shooting comes just two weeks after a murder-suicide inside of a Cherokee Street business left four people dead.

Here is the short summary from police regarding this morning's incident. We'll update when there are more details:

The incident appears to be a murder/suicide. At around 10:44 a.m. three people, a Hispanic male, a white female and a 2-year old male were discovered deceased, by the landlord, inside a residence in the 3400 block of Tennessee. The two adults were married and parents of the child. The female victim and child were shot multiple times . The male died of what appears to be a self-inflicted gunshot wound. A weapon was recovered at the scene. The investigation is ongoing.