The Missouri legislature's push to block the enforcement of federal gun laws, as we noted last week, has been cast as one of the most extreme states' rights movements in the country. At this point, the success of this controversial GOP effort hinges on whether Governor Jay Nixon, a Democrat, will issue a veto blocking the measure. In recent weeks, the governor has been approving and rejecting bills, but it's uncertain if or when he might veto the anti-gun control measure.

Still, Democratic lawmakers this week are increasing pressure on Nixon, who has until July 14 to make a decision on the most "hardcore Second Amendment bill" in the country, as one Republican backer has called it.

"There are a million reasons [to veto the bill] and the first one being that it is totally unconstitutional," State Rep. Stacey Newman, a vocal pro-gun control Democrat, tells Daily RFT. "We do not need an unconstitutional law."

The lengthy bill would make it illegal to enforce any federal gun policies that violate constitutional rights to bear arms, which critics say is legally very problematic. The bill's backers argue that federal policies that aim to create stricter gun laws are not constitutional, even if the president says they are. Either way, this preemptive measure could very well open up Missouri to a costly legal battle. 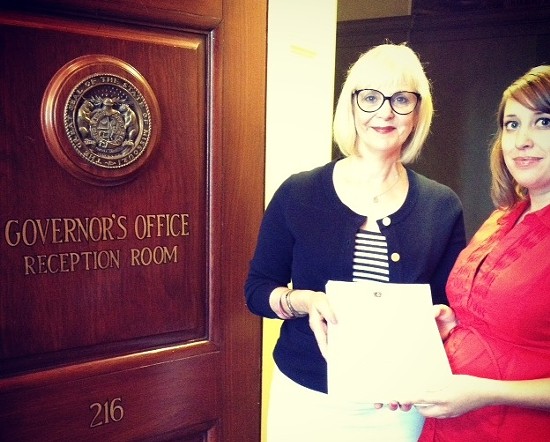 Newman points out that Attorney General Eric Holder has made it clear, in a letter to Kansas, which implemented a similar measure, that his office will pursue litigation against states that contradict federal law in this way.

In purporting to override federal law and to criminalize the official acts of federal officers, [Kansas Senate Bill] 102 directly conflicts with federal law and is therefore unconstitutional. Federal officers who are responsible for enforcing federal laws and regulations in order to maintain public safety cannot be forced to choose between the risk of a criminal prosecution by a state and the continued performance of their federal duties.

Newman says it's clearly a waste of time for Missouri to head down the same path (with a bill that passed 116-38, meaning Republicans could potentially override a veto).

The bill also contains controversial language about the use of firearms in schools and could put in place restrictions on First Amendment rights regarding the publishing of gun owners' names, according to some critics.

"It's trying to do anything but address gun violence," says Newman, who introduced a gun control measure in the legislature to implement universal background checks in Missouri. "We are seeing what's going on in St. Louis and Kansas City weekly.... It snubs the gun violence victims." 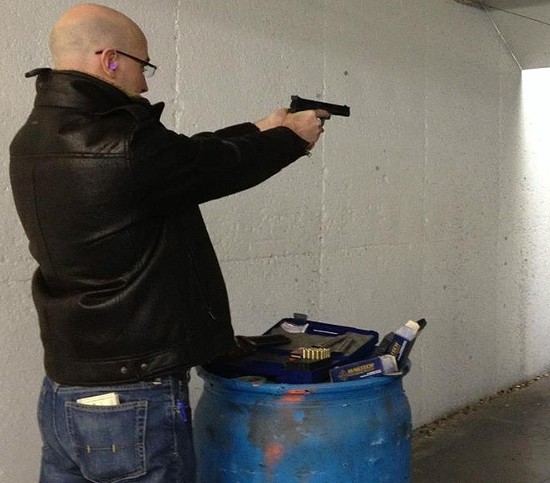 Nixon's office has been flooded with messages regarding this bill, many urging him to sign it into law, according to an Associated Press report from earlier this month.

Newman argues that most Missourians don't want to waste resources on an embarrassing law like this. "We've got citizens throughout the entire state of Missouri that are very concerned and in opposition to this."

She adds, "We're done being the comedy state."

Here's the petition letter and the final version of the bill on Nixon's desk.

The legislature sent HB436 to Governor Jay Nixon's desk earlier this spring. Called "the nation's most extreme gun protection bill' by Huffington Post, Missouri HB436 would nullify all federal gun laws, criminalize law enforcement who try to enforce them and allow certain teachers to bring guns into schools. It goes even further and would allow those teachers to be fired if they ever happen to forget to bring their firearm(s) to school.

HB436 is a unconstitutional hard core NRA bill which must be vetoed.

Most importantly, HB436 does nothing to protect our communities or kids against senseless gun violence. It's time for leaders to refocus on common sense legislation to end gun violence and save lives.