There's been another violent robbery in a St. Louis county cellphone store -- only this time the suspects did not wear clown masks. They did, however, tie up the employees before fleeing.

So says the county police department in reference to a robbery yesterday morning at an AT&T store at 7345 South Lindbergh Boulevard. Three black male robbers allegedly tied up two of the employees in the back of the store during the robbery just before 10 a.m.

The workers were not injured, police say, and the suspects managed to flee before cops arrived. They were, however, located later in Illinois -- but apparently were able to flee again and remain at large as of this writing.

A St. Louis county spokesman said yesterday afternoon that the Illinois State Police made a traffic stop off of Highway 55 of a vehicle that matched the description cops originally sent out of the suspect vehicle -- a beige or brown car, possibly a larger Buick, which was parked in an alley on Lemay Ferry Road during the robbery.

During the stop, police say, "a woman who is believed to be involved" in the robbery was taken into custody. 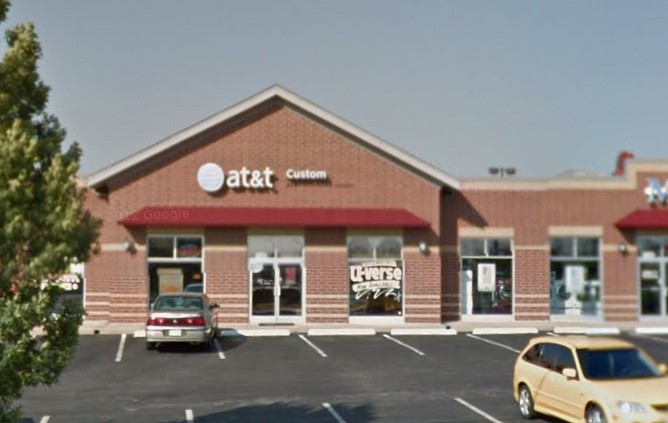 The others somehow got away. The county police report says:

Two other males fled the vehicle during the traffic stop and are still at large. Numerous cell phones and other items related to the morning robbery were recovered in the vehicle. The subjects at large are believed to be armed and dangerous.

Of the suspects, police say: "One was wearing tan boonie style hat with blue or green shirt and displayed a handgun."

This incident comes just a week after a robbery in a T-Mobile store in St. Louis county in which one of the suspects wore a clown mask and was caught on surveillance video.