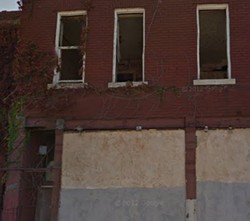 Update: St. Louis police have determined that a 29-year-old woman found dead inside a vacant north St. Louis building over the weekend was strangled to death. Our original coverage of the death is below.

The woman, Annette Brock, was found Saturday night and police said that they initially did not observe any obvious signs of trauma.

The autopsy, however, revealed that she has been strangled, making her the 45th homicide victim in the city of St. Louis this year so far. Police have no details to share on any possible suspects yet.

Original post: Monday, June 24, 2013 at 9:28 a.m: Police discovered the body of a 29-year-old woman inside a vacant building in north St. Louis over the weekend -- and at this point have few details to offer on how she died or how she might have ended up abandoned at this location.

Metro police officers responded to the call at around 6:25 p.m. to an abandoned building in the Fairgrounds neighborhood in north St. Louis on Saturday. There, they found a 29-year-old black female, with "no obvious signs of trauma."

Officials have labeled this a "suspicious death."

Police have not yet released the victim's name, pending notification of family. Officials should have more information once they've conducted an autopsy. 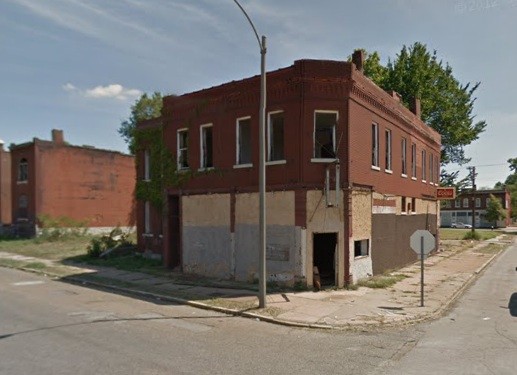 The building is located at the 4300 block of College Avenue.

Here's the full alert from SLMPD.

Incident: Suspicious Death Location: 4300 block of College Date/Time: 06/22/13 @ 6:25 p.m. Victim: 29-year old black female Police responded to a call for a deceased female. The victim was located inside a vacant building at this location. There were no obvious signs of trauma to the victim. Cause of death is unknown pending the results of an autopsy. The victim's name is being withheld pending next of kin notification. The investigation is ongoing.

Update, Monday, June 24 at 1:30 p.m.: Police have identified the victim as Annette Brock, a 29-year old woman who lived on Mallinckrodt Street just west of where she was found. Police say the autopsy is still pending.