St. Louis alderwoman Marlene Davis today introduced a proposal to ban sagging pants in the city as part of an ordinance that could carry fines up to $500 and up to 90 days in jail.

The language of the bill says that banned lewd behavior includes "any person to appear in a public place wearing pants below the waist which exposes the skin or undergarments which is likely to cause affront or alarm."

The proposal, on view below, also outlines in graphic and specific detail exactly what kinds of exposures and "representations" of sexual acts in public, should be illegal in the city.

Daily RFT left a message today with Davis, and we'll update if we hear back.

Already, there are some detractors on the board of aldermen who say that criminalizing young black men for sagging would not be a productive effort for the city and could be a waste of police resources.

Today a bill was introduced to outlaw "sagging". Would allow young men to be arrested and locked in jail for 3 months. I don't support this.

The City of St. Louis needs to do more to support young black men, not further criminalize them.

This is not the first time local lawmakers have gone after sagging. The council in Collinsville, Illinois, passed an anti-sagging measure in 2011, which the mayor later said was a "step backward." (One woman came up with a different, creative solution to the sagging problem.) And in a similar vein, Missouri state lawmakers pushed a bill to ban nudity at strip clubs in 2010. 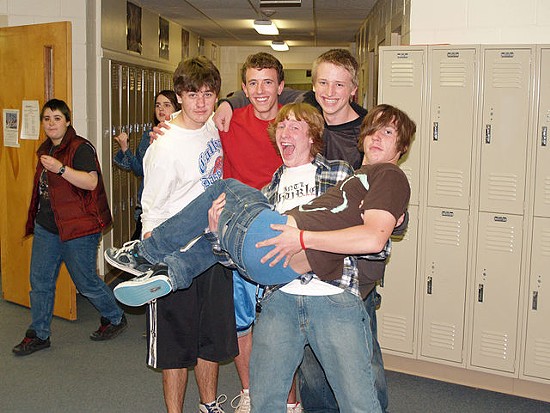 The ordinance in question in St. Louis this week also says that indecent or lewd behavior includes: "The exposure of one's genitals, buttocks, vulva, pubic hair, pubic area or the female breast below a point immediately above the top of the areola, for the purpose of sexual arousal or gratification or which is likely to cause affront or alarm; provided, however, that any exposure of the female breast necessarily incident to breast-feeding an infant shall not be deemed to be a violation of this chapter..."

Further, lewd behavior also includes "the touching, caressing or fondling of the breasts, buttocks or genitals, whether, clothed or unclothed for the purpose of sexual arousal or gratification or which is likely to cause affront or alarm..."

Urinating and defecating in public is lewd, too, the ordinance says.

Here's the full draft proposal, with the section on sagging bolded: