Police Find Body In St. Louis Kitchen, Pools Of Blood; May Have Been Dead For Long Period

This weekend, St. Louis metro cops received a call to check on a 54-year-old man at a Fountain Park address. When they arrived, no one responded at the door and they forced their way in, officials say.

Inside, they found the man lying dead in the kitchen -- and observed "larges areas of blood" in the residence.

And based on preliminary investigations, police believe that the victim may have been deceased for an extended period, possibly several weeks.

The grisly discovery on Sunday came just two days after cops in University City found two men dead inside an apartment after they went to check on a resident who had not shown up for work.

Presumably, someone also noticed that this 54-year-old man was missing, prompting officers to pay him a visit late Sunday afternoon. 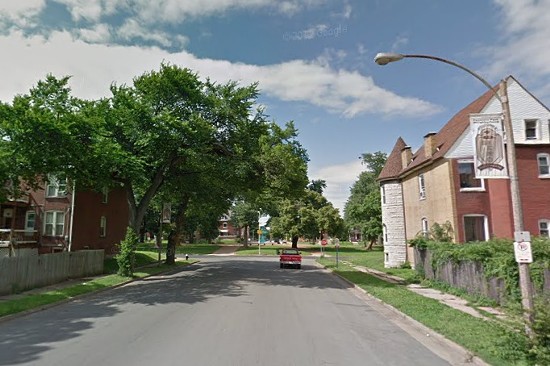 The preliminary investigation reportedly showed that the man had been dead for some time in the residence on the 4900 block of Euclid Terrace by Fountain Park (a neighborhood that has scored high in national crime rankings).

It's unclear how long this victim may have been deceased, but cops have labeled it a "suspicious death."

The investigation is ongoing and the victim's name has not yet been released.

Incident: Sudden Suspicious Death
Location: 4900 block of Euclid Terrace
Date/Time: 06/02/13-06/16/13 @ 11:00-17:05
Victim: 54-year old black male
Suspect(s): Unknown
Officers responded to the above address on a call for a "check on the well being" and after receiving no response when the officers announced their presence, forced entry was made. The victim was found lying in the kitchen of the residence with large areas of blood in the residence. The victim appeared to have been deceased for an extended period of time. The next of kin has not been notified. The investigation is ongoing.