The Missouri Court of Appeals has reversed a ruling from last year that found St. Louis' red-light-camera ordinance to be in violation of state law.

In a unanimous decision handed down yesterday, all three justices for the Missouri Court of Appeals-Eastern District concluded that St. Louis Circuit Court Judge Mark Neill erred back in February 2012 when he ruled that the city required enabling legislation from the state legislature in order to enforce its red-light-camera ordinance.

"Because the enactment of reasonable traffic regulation is a proper exercise of City's police power, and because City is a constitutional charter city possessing broad authority to enact legislation, we...reverse the trial court's judgment...that the Ordinance conflict with state law," wrote the justices in their 35-page opinion.

The initial court case dates back to 2009 when lead plaintiff Alexa Smith and others sought a class-action suit against St. Louis on grounds that the citations they received from the cameras violated their due process rights and privilege against self-incrimination. The $100 citations arrive in the mail and show an image of a vehicle entering a red light but do not identify the driver. 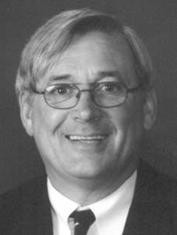 As Judge Neil noted last year, the wording in the citation made it unclear that the vehicle's owner had any recourse. "[T]here is no summons or court date provided with the notice of violation and the notice does not convey to the recipient the right to contest the notice of violation," wrote Neil, in his opinion that granted the plaintiffs summary judgment for the city violating their right to due process.

Yesterday, the appellate justices also reversed that ruling, stating that plaintiffs were entitled to raise procedural due process claims in municipal court. But the appellate justices did agree that the citation the city originally mailed respondents was vague and did not comply with mandatory notice requirements -- a violation of Missouri Supreme Court rules that would make the city's ordinance void. That issue is now moot, though, according to Mayor Francis Slay's office, because the city has already changed the language of the citation to conform with the court rules.

The city has maintained throughout the appeal that its red-light-camera system is legal and has continued issuing citations and installing new cameras.

Continue to discover just how much money the city has earned from red-light cameras and whether you need to finally pay up. Russell Watters, the attorney for the plaintiffs, could not be reached for comment. It's unclear whether his clients will try to take the issue to the Missouri Supreme Court, which has yet to weigh in on red-light cameras in Missouri.

"It wouldn't surprise us if this went further up the chain," Slay spokeswoman Maggie Crane tells Daily RFT. "And if it does, we will continue to defend it."

The city has earned $20.3 million from red-light cameras since the system went into service in 2007. American Traffic Solutions, the Arizona-based company that owns and operates the cameras on behalf of the city, has taken in an additional $9 million, according to the mayor's office. See also: - Everything They Don't Want You to Know About Red Light Cameras - The Fool-Proof Plan for Beating Your Red Light Ticket in Court

So the question all of you all are wondering: Does this mean you have to pay the tickets? The answer now would seem to be "yes," although Crane confirms to Daily RFT that the city is still not issuing warrants for those who ignore or refuse to pay the fine. The city does, however, send the citations to a collection agency that -- last we checked -- did not impact your credit if you failed to pay.

In their ruling yesterday, the appellate justices acknowledged that many people see red-light cameras as "the elusive goose that lays the golden egg" in their ability to generate revenue. But the justices argued that the the cameras are akin to radar guns and just one more piece of technology that can aid law enforcement.

The justices concluded: "As disconcerting as it may seem, the financial windfall enjoyed by municipalities implementing the automated camera system does not diminish the benefits to public safety occasioned by any potential reduction in traffic accidents within their municipal boundaries."

Continue for the full the appellate court ruling.