Update: St. Louis police have arrested Menkara Rahman, a 34-year-old man who allegedly hit a pregnant woman and her six-year-old son in his car on Monday night -- and then fled the scene of the accident. Our original report on the hit-and-run is below. The Circuit Attorney's Office has issued warrants for leaving the scene of a motor-vehicle accident, metro police say.

Rahman, who lives on Obear Avenue in the College Hill neighborhood, has a cash-only bond of $35,000.

Police say the unborn baby was not harmed in the incident, but that cops found the woman and her son lying in the middle of an intersection after the collision. They both suffered internal injuries.

Around 8 p.m. on Monday night, an off-duty St. Louis officer noticed a terrible sight: A pregnant woman and her six-year-old son were lying in the intersection of Natural Bridge Avenue and North Grand Boulevard. The mom was holding her son after a vehicle had hit them and then fled.

The driver, however, was nowhere to be found.

Thankfully, police say, "the unborn child did not appear to be injured."

Both are listed as being in serious but stable condition.

The car, cops say, is a red Chevrolet Monte Carlo with rims, last seen driving west on Natural Bridge Avenue. Beyond those details, police have no specifics to offer about the suspect.

The hit-and-run happened at the start of an incredibly violent night that left seventeen people across the city injured by gun violence in seven different shootings. Another man was critically injured in a stabbing in an eighth incident of violence. 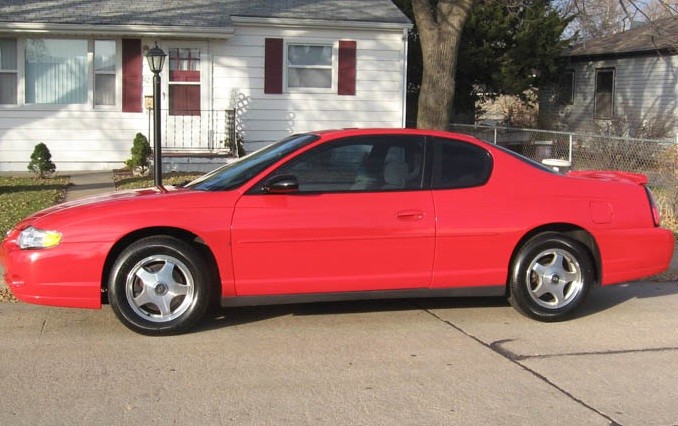 It appears that the mother, son and unborn child will be OK from the hit-and-run, but the investigation is ongoing.

Incident: Persons Struck; Leaving the Scene of an Accident
Location: Intersection of Grand and Natural Bridge
Date/Time: 6/10/13 @ 20:08
Victim #1: 23-year old black female
Victim #2: 6-year old black male
Suspect: unknown
An off-duty officer observed the victims lying in the intersection after being struck by a vehicle that had fled the scene. Victim #1 was holding Victim #2 when they were struck. Investigation revealed a vehicle description of a red Chevrolet Monte Carlo with rims, last seen driving west on Natural Bridge. The victims were transported to local hospitals. Victim #1, who is pregnant, suffered internal injuries and was listed in serious/stable condition. The unborn child did not appear to be injured. Victim #2 suffered a fractured leg and internal injuries and was listed in serious/stable condition. The investigation is ongoing.