Over the weekend, the New York Times published an op-ed written by a St. Louis transplant called "Loving the Midwest." In the piece, writer Curtis Sittenfeld discusses her move to St. Louis in 2007 for her husband's job -- and why the two of them were at first not so happy with their new home. "If our friends from the coasts disparaged the heartland, we were quick to defend it," she writes. "Privately, however, we were critical."

The conclusion of her piece is that she has actually grown to love St. Louis, in large part because it's a great place to raise children and its size fosters a sense of community.

But before Sittenfeld explains her appreciation for St. Louis, and why she now considers herself a "local," she outlines her initial disdain, touching upon some of the oft-stated reasons why transplants may at first dislike it here.

For our transplant and native readers alike, we've compiled below some of the most common complaints from outsiders, which the author nicely summarizes in the op-ed.

Do you have a response to these typical critiques from non-natives? Are you a transplant who decided to stay in St. Louis? Let us know in the comments!

RFT's food writers can probably relate to this one.

Sittenfeld writes in the op-ed, "We thought that pizza made with the beloved local cheese -- Provel -- tasted as if it had been cooked with cellophane."

Those damn red-state people with their Bush stickers and SUVs! Folks from more liberal states on the coasts especially seem to like this complaint, even if St. Louis is a blue city.

"There was a particular car I soon came to think of as distinctly St. Louis-ish: a gigantic white S.U.V. with a W. bumper sticker on it for George W. Bush," she writes.

In the Times op-ed, the author writes of her husband: "[O]n the highway, he was mystified by drivers, all of whom seemed to crowd into the right lane."

(Some national studies have shown that Missouri does in fact have some of the worst drivers in the country.)

This is, perhaps, a common complaint from outsiders in the Midwest in general, but nonetheless, Sittenfeld says that slow service was initially frustrating.

"At coffee houses, my husband was annoyed by how long it took baristas to fill his order," she writes.

Trivia, as they say, is "no trivial pursuit" in St. Louis.

At trivia nights, which are common in St. Louis as informal fund-raisers, you could buy mulligans for questions you didn't know the answer to, which offended my husband's sense of competitive integrity.

But, trivia-lovers, you will be happy to know that her epiphany moment -- when she realized she really does love St. Louis and is a "local" -- came during a trivia fundraiser.

Where's the party at, St. Louis?

Apparently not at the restaurants Sittenfeld and her husband were patronizing on weeknights when they first moved here:

And if we went out on a weeknight, we'd be the only patrons in the restaurant by 9 o'clock and would get the impression that the staff members wanted us to hurry up so they could go home. We'd ask each other, "Where is everyone?"

Sittenfeld says, "If our friends from the coasts disparaged the heartland, we were quick to defend it." But, however, she notes that she and her husband privately had their doubts. 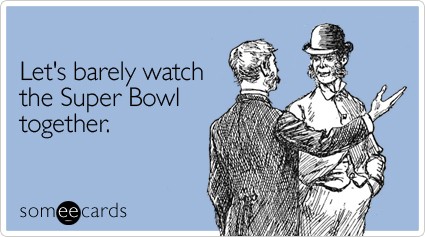 All the other complaints we've listed so far may seem a bit superficial compared to this one. The author talks about her difficulties making friends here and building a social life, with an anecdote about an incredibly pathetic party she and her husband hosted:

But the ultimate affront in St. Louis wasn't politics or food; it was that my husband and I struggled to make friends. I am not exaggerating when I say that in 2008, we held a Super Bowl "party" to which zero guests showed up.

2. Is the "Midwestern friendliness" real?

Are people really that nice here?

The checkout clerk at the grocery store "greets you as warmly as your grandmother," but with people you know, it can be different. She says:

The much vaunted Midwestern friendliness is, in my experience, more evident not among people you know, but among those you don't. It may take a year and a half to be invited to a dinner party...

Following the theme of St. Louis being a tough place to make friends as adults, one of the author's observations is that transplants don't really befriend non-transplants.

(There's a big enough transplant-native disconnect, that there appears to be a group dedicated to bridging the gap!)

On becoming friends with other transplants, she writes:

Eventually, my husband and I made friends with people who are mostly transplants like us, or in some cases a half transplant-half local couple in which one spouse lured the other back -- because St. Louis is, you know, such a great place to raise kids.