Update below: Fired KMOV-TV (Channel 4) anchor Larry Conners says that his former bosses are blocking him from earning a living to support his family with a "baffling" settlement offer that he cannot accept.

Conners -- who lost his job last month after writing a controversial Facebook post -- spilled details on his new Facebook page last night about his ongoing dispute with KMOV, saying that the station has refused a cash settlement and wants to ban him from working in St. Louis broadcasting for a full year.

"This keeps me from providing for my family in my chosen line of work for one year," he writes.

And in response, his attorneys have filed a formal petition arguing that Conners was terminated without cause, in violation of his contract.

This latest development is, at the least, a sign that the public controversy around the veteran anchor's firing may drag on for a while.

The dispute erupted last month when Conners speculated on his KMOV-TV Facebook page whether the IRS had targeted him in response to an interview he did with President Obama. That day, he backed off those comments with a short on-air comment (that Conners later claimed he was forced to read and unable to edit), and a week later, the station announced his termination.

Conners -- who has since offered more details on his ongoing issues with the IRS for several years -- made a surprise announcement two weeks ago with a formal complaint filed against KMOV referencing a past dispute. He claimed that the station fired him in retaliation for a past complaint of his -- that he was facing wage discrimination because of his gender and race.

(KMOV says an independent arbiter at the time found that Conners' complaints -- that he was getting paid less than his black, female co-anchor due to his gender and race -- were unmerited.)

And now it appears that efforts to reach a settlement have been unsuccessful.

Before criticizing KMOV in his latest comments, Conners writes on Facebook, "In late May, KMOV said it wanted to 'settle' and resolve things. In the spirit of helping move things forward so all of us could put this event behind us ... I have since made sure that I made no disparaging remarks against KMOV or management."

But with an unacceptable settlement offer -- no cash and a yearlong ban from working for the competition -- he says he has no choice:

Late Friday, my attorney filed an injunction, trying to keep KMOV and [parent company] Belo Corporation from preventing me ... from earning a living.

Reached for comment this morning, Mark Pimentel, KMOV's president and general manager, tells Daily RFT he has not yet seen Conners' Facebook post and could not yet offer any additional statements beyond his past comments on the matter.

He has in multiple previous interviews with us, argued that Conners' termination was solely based on the inappropriate Facebook post and that prior to that controversy, KMOV had signed a multiyear contract with the anchor. ("Clearly, Larry was a part of our longer-term plan," he told us.) *See update below with additional comments from Pimentel.

Meanwhile, Conners' petition for declaratory judgment and injunction -- filed by Conners' attorneys on Friday and on view below -- claims that he was terminated without cause and that KMOV violated the terms of the contract.

Conners, the petition says, "fully performed all of his duties and met all of his responsibilities under said contract."

The petition alleges that -- despite the public statements about the reason for termination -- KMOV's actual intent was to "prevent [Conners] from obtaining employment in his profession within the St. Louis market area."

Without a declaratory judgment and injunction from the court, the petition says, "He will be unable to obtain employment in his profession for at least one year, and his removal from the broadcast scene for a period of one year will injure his reputation and greatly diminish his value as a broadcaster after a one-year hiatus."

Reached for comment this morning, Conners' attorney Merle Silverstein declined to comment further to Daily RFT saying, "The petition speaks for itself."

Continue for more on Larry Conners' full statement and petition and an update with KMOV's response.

Conners, in the interim, has been active on his new Facebook page writing about topics ranging from Afghanistan to Obamacare to the IRS. 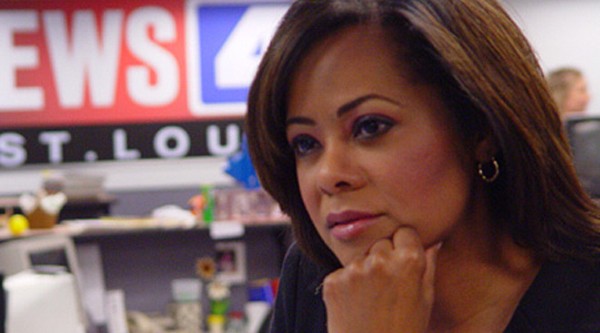 Update, 2:00 p.m.: Pimentel got in touch with Daily RFT to offer additional comment, saying, "We cannot continue to respond to every inaccuracy that Larry writes or puts on the radio."

He adds, "We will fight vigorously against Larry's [Equal Employment Opportunity Commission] and lawsuit claims."

Here are Conners' full comments on Facebook last night followed by a copy of the petition.

So, as of this Sunday, June 9, 2013 ... here's the latest development regarding my former employer.
In late May, KMOV said it wanted to "settle" and resolve things.
In the spirit of helping move things forward so all of us could put this event behind us ... I have since made sure that I made no disparaging remarks against KMOV or management.
(At the time of my termination, after 27 years with Channel 4, 38 years in St. Louis, 50 years in broadcasting, KMOV essentially gave me a 2 week severance check.)
The lawyers met Tuesday, June 3, and as requested, we presented a 3 point proposal ... very simple. The company finally responded last Friday.
So what was the response?
Friday, KMOV said: 1. No cash settlement 2. I would not be allowed to work in St. Louis broadcasting for a full year.
KMOV's "settlement offer" is baffling.
This keeps me from providing for my family in my chosen line of work for one year. As my wife said - I wouldn't do that to my worst enemy (if she had one). Management says it doesn't want me working for KMOV, but the station doesn't want me working for the competition - on the air in any format, whether it's radio, TV or through endorsements of a company.
Late Friday, my attorney filed an injunction, trying to keep KMOV and Belo Corporation from preventing me ... from earning a living.
Why would any human being want to keep someone from earning a living to support his/her family?