Last week, the long search for Jacque Sue Waller, the missing Missouri mother of three, came to a tragic end when police located her remains.

And now the man responsible for her death, her estranged husband Clay Waller, has officially pleaded guilty to the horrific crime. The Jackson man entered a guilty plea to second-degree murder yesterday, just over two years after Jacque Waller -- who leaves behind seven-year-old triplets -- first went missing on June 1, 2011. That was the day the couple met with a divorce attorney and reportedly argued over money.

"I don't know what in the world we are going to do without her," her father, Stan Rawson, said during an emotional press conference, "now that we know for an absolute positive fact, she ain't coming back."

"We'll just have to make the best we can of a bad situation, I guess," Rawson continued.

Recalling the days after his daughter first went missing, he said, "We'll just have to put it in the Lord's hands and pray for his help."

"Little did I realize that He would send the very best He had," he continued, thanking the law enforcement officials that have worked with him for years to try and find Jacque Waller and, in this last week, convict the man responsible. "That's the truth, folks."

Clay Waller, 42, had originally been charged with first-degree murder in the death of his wife, 39, last year -- even though the body wasn't yet found. He was supposed to face trial in September.

The plea to a lesser charge yesterday, the Post-Dispatch reports, was conditional on him leading investigators to the body of his wife and a confession in court.

This deal calls for a twenty-year prison sentence.

Officials and family members acknowledged yesterday that Clay Waller deserved a much stiffer sentence, but that this was the best option for closure -- and necessary so that the family could give Jacque Waller the funeral she deserves.

"Today brings a bittersweet ending to one of the highest-profile homicide cases in Cape Girardeau County history," Sheriff John Jordan said. "Sweet, in that Clay Waller is now a confessed murderer and publicly had to confess his crime in a court of law. It's bitter in the respect that none of us here believe Clay's punishment fits his crime. None of us." 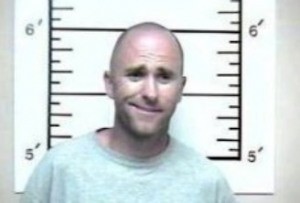 Yesterday, new details also emerged about the circumstances of her death.

Jacque Waller's remains were found in a channel between Devil's Island and the main bank, just to the southeast of the channel, down river, KSDK-TV (Channel 5) reports.

She was buried about six feet deep in sand.

In a particularly upsetting detail, authorities say that Clay Waller had dug the hole he buried Jaqcue in the day prior to killing her. He also reportedly told investigators during an interview on Monday that "he had dug holes on other occasions, but then decided not to kill her," the station says.

On the day of her death, authorities believe that he had lured her to his home under false pretenses -- telling her that their son was there, and he needed to be picked up.

On the Find Jacque S Waller Facebook page, which now has tens of thousands of supporters, the family outlines the tough reality of the plea deal:

Let me just say, yes, he received a plea bargain of 20 years. This is because we would have been unable to locate Jacque otherwise. We needed Jacque home to lay at rest.

Continue for more photos and videos from yesterday's news conference and a copy of the original probable cause statement against Clay Waller.

Here are more videos from the news conference, via KSDK.

The original probable cause statement against Clay Waller: