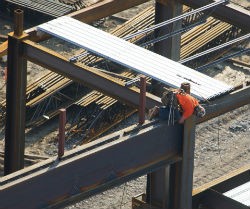 The Cardinals yesterday released new renderings of the highly anticipated, very delayed Ballpark Village project and some photographic and video evidence that construction has begun. Not just symbolic press-conference shovels!

Yesterday morning, the Ballpark Village construction crew successfully set a 96-foot-long steel beam that weighs approximately 27,000 pounds and will serve as a structural component of the large retractable glass canopy over the "Ballpark Village Live! Marketplace," the team says.

Check out more photos and construction footage below.

As we reported during the groundbreaking in February, the construction of Ballpark Village, the mixed-use seven-block project just north of Busch Stadium, will begin with a $100 million phase. This will include an Anheuser-Busch-sponsored venue and a three-story building with the Cardinals Hall of Fame Museum as well as a restaurant.

Here's footage of the construction site via the Cardinals.

And below are more construction images, all courtesy of the Cardinals, followed by some of the new renderings, which, by the way, show you just how crowded and popular this place will really be! 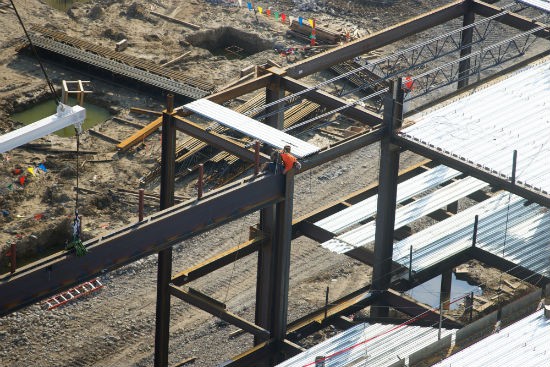 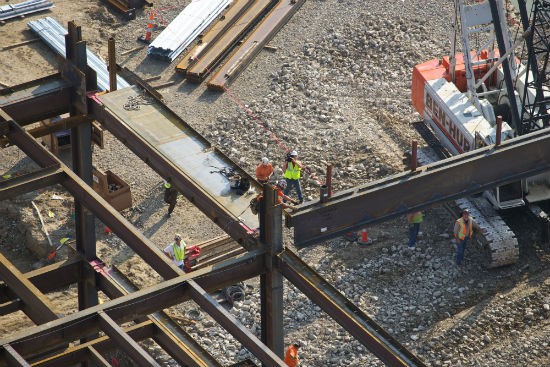 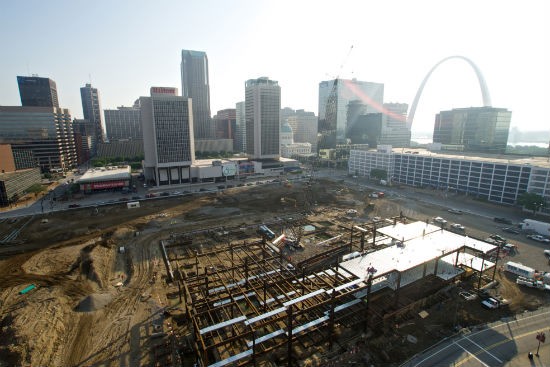 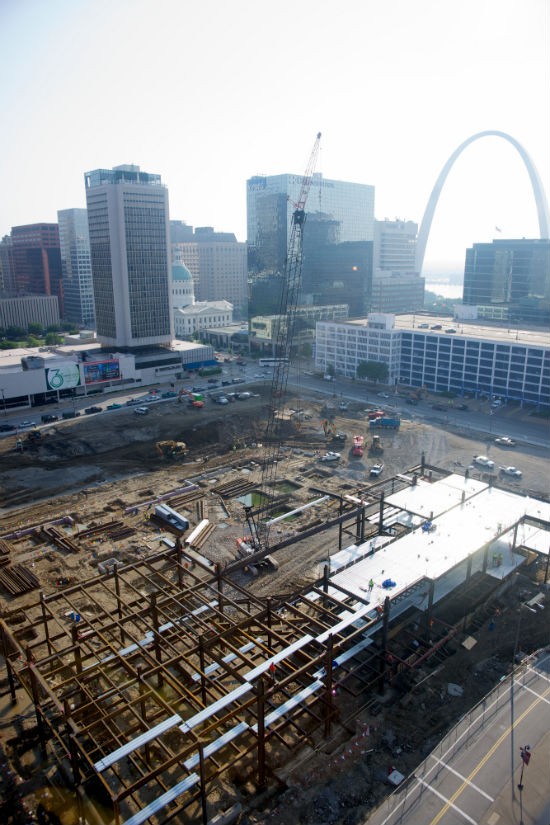 Continue for more photos and renderings of Ballpark Village. 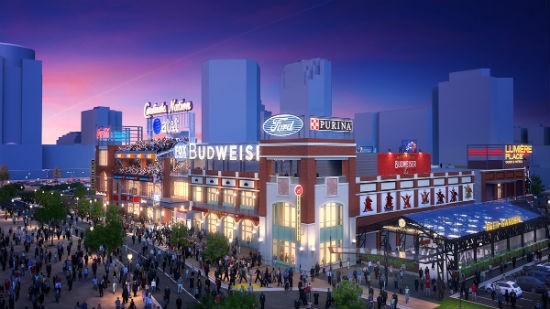 Continue for more photos and renderings of Ballpark Village.

More renderings and groundbreaking photos via our earlier coverage this year: