It averaged just 26 mph during its 21-hour flight yesterday from Dallas, but finally, at 1 a.m., the Solar Impulse touched down at Lambert-St. Louis International Airport. The revolutionary solar airplane made of carbon fiber can travel night and day without fuel. The Swiss-based aircraft is traveling from San Francisco to New York City this month with stops along the way in Phoenix, Dallas, St. Louis and Washington, D.C.

Yesterday's flight from Dallas was longest time that Bertrand Piccard, chairman of the Solar Impulse project and one of the plane's pilots, had ever remained aloft in the vessel. Yet the trip was definitely worth the wait.

"It was particularly important for me to come to St. Louis because I was so inspired when I met Charles Lindbergh at Cape Canaveral during a launch of the Apollo when I was eleven years old," said Piccard after stepping off the plane early this morning. "I'm truly moved to be able to land here today with Solar Impulse." 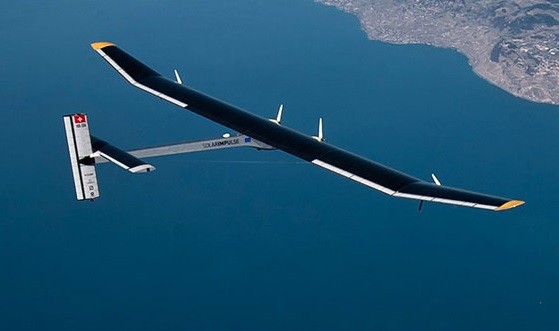 Continue on for more photos and details on Solar Impulse. 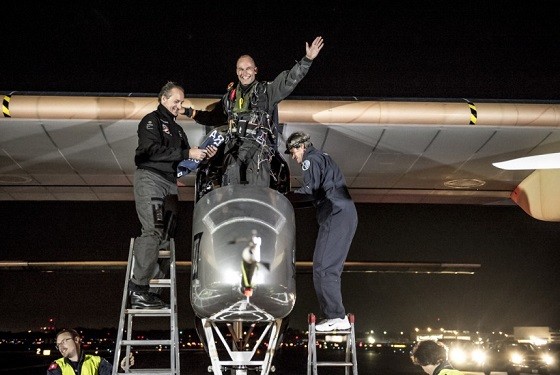 The Solar Impulse has 12,000 solar cells built into its wings that provide four ten-horsepower electric motors with renewable energy. By day the solar cells recharge the 881-pound lithium batteries that allow the plane to fly at night. 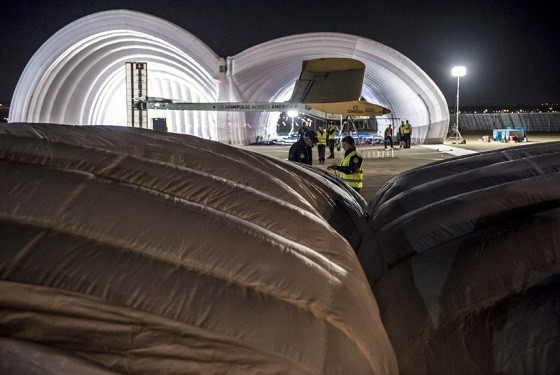