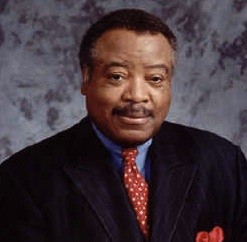 Last week, Larry Conners once again got national attention when he officially filed a complaint against his former KMOV-TV (Channel 4) bosses, alleging that he faced discrimination and retaliation in his firing. Some have since mocked him for his claims that he was treated unfairly because he is a white male.

And now, we can add one more to the list of critics who have little sympathy for the unemployed newsman: Julius Hunter.

Hunter, a former anchor for Channel 4, yesterday penned a lengthy, rambly op-ed for the Post-Dispatch arguing that Conners' whining is unfounded and silly.

Hunter, however, failed to mention that he himself once had his own problem with inappropriate editorializing.

As we've chronicled here, Conners' bosses fired him over a Facebook post that they say violated the station's journalistic standards of unbiased reporting. In it, Conners questioned whether the IRS had targeted him in response to a tough interview with President Barack Obama in 2012. 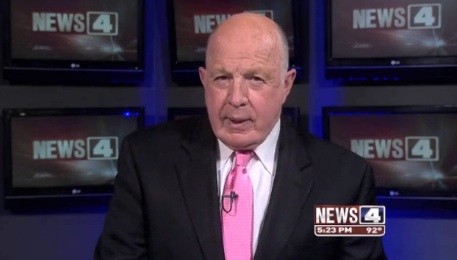 Hunter, in his column, mocks Conners for believing that the IRS might possibly take an interest him over one interview with the president, and he also slams the fired anchor for mentioning possible race discrimination:

I've tried hard, and failed, to see if I could remember any relativity between tough interviews with presidents and income taxes. I've had exclusive interviews with six incumbent presidents. Even had brief chats with Bush II and presidential candidate Barack Obama. Asked tough questions of all. Check the transcripts. I led off my 1982 exclusive with Republican President Reagan with: "Mr. President, if the polls are to be believed you're not a popular president among such groups as environmentalists, the poor, blacks, educators and organized labor." No IRS harassment followed. 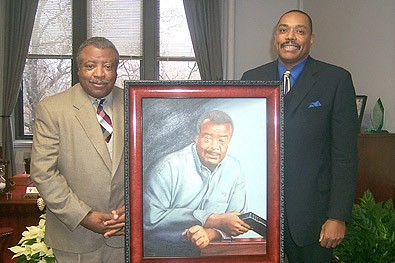 You can read his full rant here. (We've left a message with Conners to see if he might want to offer a rebuttal; we'll update if we hear back.)

But Hunter himself, it's worth noting, had his own editorializing controversy back in 2002, albeit of a very different nature. Hunter's comments were on-air.

At the end of a report on a particularly horrific murder case, Hunter said -- acknowledging that he was "editorializing" about the suspect -- "May he rot in Hell!"

Here's an excerpt from RFT's 2002 write-up of the segment, which incidentally involved Conners and co-anchor Vickie Newton (who, according to Conners, eventually got paid more than him, because she is a black female):

"And of course we cannot convict Johnson without a trial -- he's innocent until proven guilty -- but can I just say," as he put his right hand over his heart and then extended his arm outward, "editorializing, which I can't do -- whoever committed the crime, this horrible, terrible crime, may he rot in Hell."

Newton and Connors appeared more than a little stunned.

"Julius, thank you for the update," Newton almost whispered.

Connors followed with a quiet, "All right, Julius."

Obviously quite different than political commentary, but Hunter, like Conners, fell short of apologizing.

He told us at the time, "I mean, my goodness, a six-year-old girl is taken off into the woods by somebody -- and I say somebody, because I'm not convicting this guy -- but a trusting, young, sweet girl is taken off into the woods; there's an attempt to rape her, and then, when that fails, she's beaten in the head with a big rock. I get emotional talking about it now because my two-year-old granddaughter sang 'Farmer in the Dell' for me, on her second birthday, the day before I said that on the air."