Officials: Pet Monkey Bites Godfrey Boy, 6, at Bark in the Park, Sending Him to Hospital 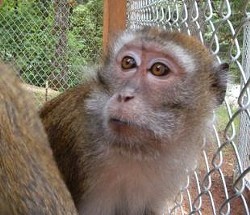 A six-year-old boy's experience at the Godfrey, Illinois, Bark in the Park dog festival yesterday took a scary turn when a woman's pet monkey bit him on the arm -- forcing his family to call 911 and rush him to the hospital, officials say.

"He was petting a dog that was on a leash. The lady that owned the dog also had a monkey on a leash," Rick French, head of animal control for the city of Godfrey, tells Daily RFT. "And evidently, the monkey bit the boy on the left forearm."

An Alton, Illinois, woman owns the black-and-white female Java macaque monkey, named Nina, French says. The young Godfrey boy is recovering, and the monkey may have to be quarantined at home and evaluated by a licensed veterinarian.

"The boy was taken to the ER, and he was released," says French.

Based on early accounts he has heard, the boy suffered "two small puncture wounds," he says. 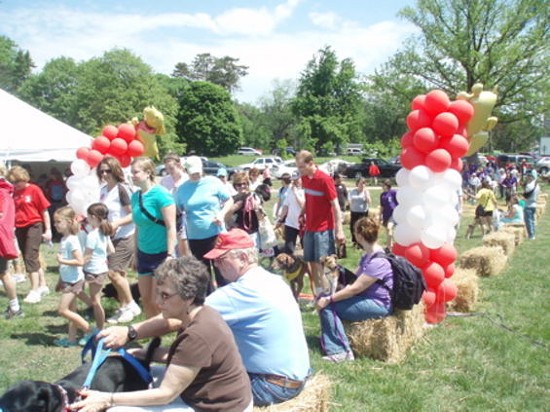 The child is going to the doctor today for a follow-up appointment.

Madison County Rabies Control is now handling the case, French says. Daily RFT left a message with that agency and will update if we hear back.

French says there are no ordinances related to pet monkeys in Godfrey, and he is not aware of any relevant state laws either.

Is this sort of biting incident common?

"I've done this for twentysomething years, and I've never had a case of a monkey before," he says.