Update: Ava Jackson, a twenty-year-old St. Louis resident, allegedly plotted to rob a Domino's Pizza deliveryman Monday night, but apparently did not plan her scheme all that well. Police tracked her down and arrested her, and we're guessing it wasn't too difficult, given that she herself ordered the pizza -- to the block where she lives. Our original coverage of the robbery is below.

County police say that Jackson, who lives on the 1500 block of Vodge Drive in Spanish Lake, was arrested and charged for her involvement in a robbery that involved several suspects.

When the twenty-year-old deliveryman arrived, cops say, two suspects jumped out of some nearby bushes and demanded money. And the pizza.

Both subjects were armed -- one, reportedly with a handgun, and the other with an assault rifle, possibly an AK-47, police say.

After getting an undisclosed amount of money -- and the pizza -- the two ran away from the scene, cops say. The deliveryman was not injured.

It appears that Jackson did not actually confront the victim, but police say she was "charged for her involvement in the robbery, which included placing the order for the purpose of the robbery." She is not facing an armed criminal action charge, but the others, when located, likely will.

Cops also say that "at least" two other individuals are wanted in reference to this robbery and the investigation is ongoing. County police note that the department offers an undercover program for delivery businesses locally. As we outlined in our original coverage, over the last year, the St. Louis metro area has struggled with a series of violent robberies of pizza deliverymen.

Here's the full news alert from county police sent out today, followed by our original coverage of the robbery yesterday.

The St. Louis County Police Department has made an arrest reference a robbery on Monday, May 27, 2013 involving a Dominos Pizza Delivery driver, which took place at Vodge Rd. and Spanish Pond Rd. in Spanish Lake.

The individual arrested has been identified as:

Jackson was arrested and charged for her involvement in the robbery, which included placing the order for the purpose of the robbery. Her photo is attached.

The 20 year old victim delivering pizza for Dominos exited his vehicle and two armed subjects jumped out from behind bushes and demanded money and the pizza. One was reported to have an assault rifle (possibly AK 47) and the other with a handgun. After getting an undisclosed amount of money and the pizza, they ran from the scene. The victim was not injured.

At least two other individuals are wanted in reference to this case as the investigation continues. The St. Louis County Police Department continues to do and offer undercover work with and for delivery businesses in the region.

Continue for our original coverage of the robbery. 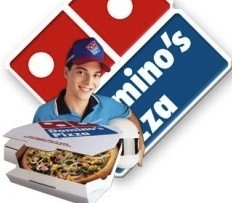 Yet another St. Louis pizza deliveryman has been robbed -- and this time, police say, the suspects used an AK-47 to threaten him.

On Monday night, around 10:30 p.m. on the corner of Spanish Pond Road and Vodge Drive in north county, two men reportedly approached a deliveryman from Domino's, cops say. One had a revolver, the victim told police -- and the other had an AK-47 rifle.

The suspects then robbed the victim, age twenty, who was not injured in the incident.

As of this writing, county police say, one suspect has been arrested and officers are expecting to make more arrests. The men got away with an undisclosed amount, Vaughn says. 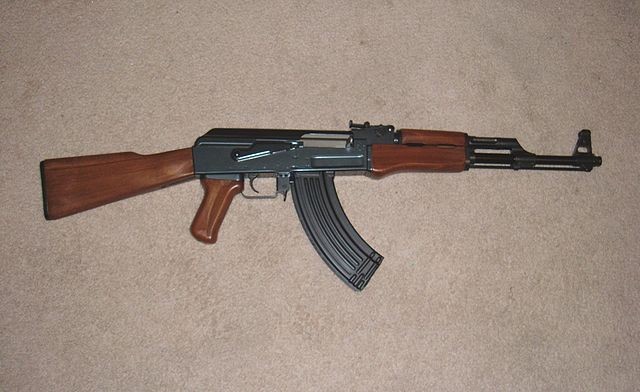 As we noted earlier this year, there appears to be a rise in robbers specifically targeting local pizza deliverymen. In February, a Domino's deliveryman was targeted in an armed robbery, in which the suspect got away with a "small amount of cash and a cigarette."

In November of last year, we wrote about a robbery at Domino's Pizza on South Grand Boulevard at Arsenal Street, when a man with a handgun targeted a 37-year-old employee. That suspect allegedly got away with a whopping total of $15.

In the most violent case last year, an Imo's driver was killed in Dellwood.

Vaughn notes that county police have an undercover program that the department instituted last year in response to this crime wave. Participating pizza stores can have undercover cops pose as deliverymen in response to suspicious calls, he explains.