The long and bizarre case of a college student and aspiring musician accused of making terrorist threats may finally have come to an end.

In 2007, Olutosin Oduwole, a Southern Illinois University - Edwardsville student at the time, wrote of a "murderous rampage" on a piece of paper left inside his car. Police, in the process of investigating him over a tip about his gun purchases, found the note and eventually arrested him for making terrorist threats. Authorities argued that he may have been plotting a mass shooting; Oduwole said his private writing was simply a draft of rap lyrics.

He was convicted in a decision that was eventually overturned -- and then formally appealed by prosecutors last month. Now, the Illinois Supreme Court has declined to hear the case, which Oduwole and his attorneys hope marks an end to this case.

As a quick refresher, here's the text of the note that police found in his car six years ago, reportedly referencing his PayPal account:

"VT" refers to the deadly school shooting at Virginia Tech. 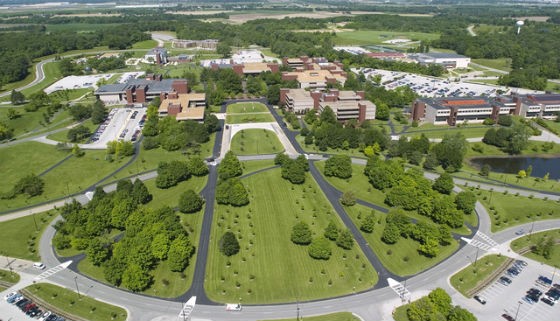 Prosecutors in Illinois have repeatedly argued that based on this note and other evidence, he was making a serious terrorist threat and that Oduwole must spend time behind bars for his actions.

After Madison County State's Attorney Tom Gibbons called for an appeal, Illinois Attorney General Lisa Madigan followed through with a petition, in which she wrote, "Terrorism is inconsistent with civilized society and cannot be tolerated."

Oduwole, now 27, was released in March after his conviction was overturned -- and now his attorneys hope he can permanently put this behind him.

"He wants to pursue his career in music and wants to further his education," Urdangen says.

Since Oduwole was freed, he's been preparing to go back to school and has been doing some studying and music writing, his attorney says.

"He's a very well integrated young man and he's doing fine," he says. "Everybody who knew him has explained that he's a stable, intelligent, adaptable person. He's going to do great."

Urdangen adds, "It's unfortunate that the prosecutor showed such poor judgment bringing this case in the first place."

Assuming prosecutors do not appeal once again -- which would likely have to be to the United States Supreme Court -- the case is closed.

Gibbons, in a statement sent out this morning, says he is disappointed in the decision of the state Supreme Court not to hear the case and reaffirms his belief that the original guilty conviction was appropriate:

While I was hopeful that the Illinois Supreme Court would have granted us the opportunity to explain the importance of this case in regards to keeping our community safe, I stand by the verdict of the Madison County jurors who determined that the defendant was indeed a threat to the residents of Madison County.