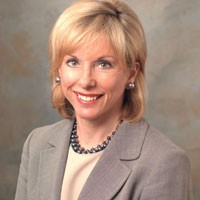 After months of heated debate, the Boy Scouts of America's national council last week voted in favor of allowing openly gay youth to join the organization. Across the country, however, gay adults are still banned from being a part of the Boy Scouts, which means that gay members will have to step down once they turn eighteen.

To many LGBT rights advocates, this is still very much a discriminatory policy, even if it's a step in the right direction. One such critic is Pat Whitaker, founder and chairman of St. Louis architecture firm Arcturis, who will be resigning as a board member from the BSA's Greater St. Louis Area Council. The policy change, she says, just doesn't go far enough.

Last Thursday, the roughly 1,400 voting members of the BSA's national council, approved the resolution that removes the restriction denying membership to youth based on sexual orientation. The council was not voting on any potential policy for adults, which has not changed.

Whitaker says she has been considering stepping down from the board for quite some time, but decided to wait until last week's decision.

"I told them that I'd have to resign unless they change the policy," she says. "And if they don't get rid of all the discrimination, I...have to resign."

"It just seems like it goes against all the values that the Boy Scouts stand for," she continues.

And it is an absurd rule, she says.

"You can be president of the United States but you can't be a Boy Scouts leader?" she says.

The local chapter, which follows the national organization's policies, has gotten some attention around this issue, with the removal of Eagle Scout Eric Jones last year, after he came out of the closet. Jones made headlines again last week when a secret video surfaced of his summer camp boss telling him he must leave the Boy Scouts because he is gay.

"It's just ridiculous," says Whitaker, whose decision was first reported by the Business Journal. "What are they going to say to the gay Boy Scouts [who want to become adult leaders]?... I don't know the answer to that."

As we've reported, across the country, some conservatives have pressured the organization not to change the policy at all, arguing that openly gay members somehow pose a threat to the Boy Scouts.

Critics on both sides seem to agree that the contradictory policy as it stands now is problematic.

"I think eventually they will come around," Whitaker predicts. "But they need to do it sooner rather than later."

She says, "They've sort of gone half way.... I think they're going to get a lot of pressure to go all the way. I'm sure they want to get out of the headlines on this subject and that's the only way to do it."

Whitaker speculates that some of the higher-ups in the Boy Scouts will continue to have concerns about losing big contributors who oppose lifting the gay ban. But, she argues, "even if [donors] stay away for awhile, they'll come back... They see all the value the Boy Scouts bring to the community."

Whitaker, who has helped with annual fundraising locally, says that, despite her support for the BSA over the years, her decision was clear.

"The organization does a lot of good. Don't get me wrong about that," she says. "But they absolutely have to change this to continue to be who they are."

She adds, "I have to live by my own principles."

Daily RFT left a message with the St. Louis chapter today and will update when we hear back. When we wrote about a recent protest, the Greater St. Louis Area Council of the Boys Scouts of America sent us a statement saying that it values everyone's right to express an opinion, adding, "We believe our disagreements are minor compared to our shared vision and common goals."

That statement also said, "While people have different opinions about this policy proposal, they can all agree that kids are better off when they are in Scouting. Going forward, we will work to stay focused on that which unites us."

And in a statement on its website announcing last week's vote, the area council wrote:

The Boy Scouts of America will not sacrifice its mission, or the youth served by the movement, by allowing the organization to be consumed by a single, divisive, and unresolved societal issue. As the National Executive Committee just completed a lengthy review process, there are no plans for further review on this matter.

While people have different opinions about this policy, we can all agree that kids are better off when they are in Scouting. Going forward, our Scouting family will continue to focus on reaching and serving youth in order to help them grow into good, strong citizens. America's youth need Scouting, and by focusing on the goals that unite us, we can continue to accomplish incredible things for young people and the communities we serve.

You can read the full statement from St. Louis here and read more from the national organization on the vote here.