Billups, who lived on Sample Avenue in the Hamilton Heights neighborhood, was fishing last Monday afternoon by Merchants Bridge when he got inside his fishing partner's car and started the vehicle so that the battery would not die while they listend to music, the report says.

The vehicle, however, rolled backwards into the river -- and his fishing buddy was not able to save him.

Police announced yesterday that Billups' body was recovered on Saturday by members of the St. Louis fire department's marine unit.

Five days prior, police got a call from a witness who said that he was fishing with Billups when the accident took place. He told cops that he had jumped into the river to try and save him, but said he was unsuccessful. 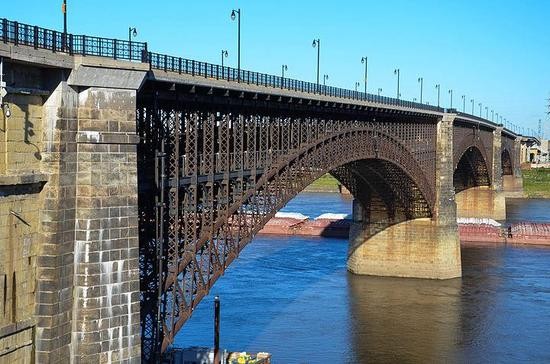 Police say that other witnesses fishing nearby also observed the victim floating facedown in the river and told officers that he appeared lifeless.

Here's the original incident report on the drowning.

Incident: Missing Person Location: 1 Ferry St. (Merchant's Bridge) Date/Time: 05/20/13 @ 13:00 Victim: Bobbie Billups, 54-year old black male of the 1400 block of Semple Officers responded to a "call for police" at 1 E. Grand. The caller advised he was under the Merchants Bridge and that an occupied vehicle had just entered the river. Upon officers' arrival, a witness advised he was fishing with the victim when the victim entered the witness's vehicle to start it so the battery would not die while they listened to music. The witness then observed the vehicle roll backwards into the river. The witness entered the river in an attempt to extract the victim from the vehicle, but was unsuccessful. The witness, along with additional witnesses also fishing nearby, all observed the victim floating facedown in the river and advised officers that he appeared lifeless. The victim was entered as a missing person and the investigation is ongoing.