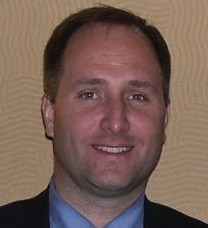 St. Louis resident George Gansner was able to snag a ticket to the highly anticipated Manchester City v. Chelsea F.C. soccer match tonight at Busch Stadium -- but he won't be needing it. That's because he'll be on the now transformed field refereeing the game.

"To get to do a game in my backyard is really a great honor," Gansner, a linesman, tells Daily RFT. "I get to do games all over North America, Central America and the Caribbean...but I never get to do one here in St. Louis."

But tonight, he'll finally get a chance to step on to the field at Busch for the first professional non-baseball event at the new stadium.

Gansner, 41, went to high school in Mehlville and now lives in Oakville -- when he is not traveling around the world to referee games, that is.

He's been with Major League Soccer for seventeen years and an assistant referee internationally with FIFA for twelve years. 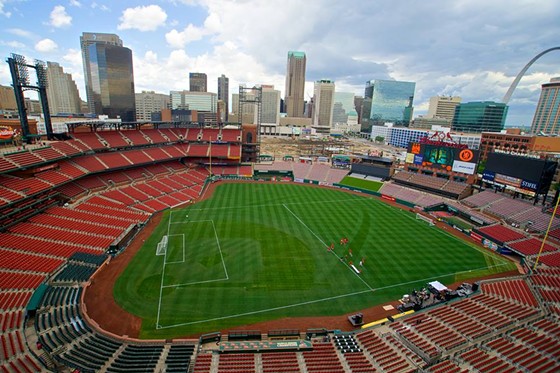 "Of course, I got excited when they put the game here to begin with," he says. "I bought my own ticket not knowing."

He says there is a pool of nearly 70 referees who could've been chosen for the game, and he was thrilled when he was picked.

Other than folks from the broadcast team of KMOX, he says he's pretty sure he'll be the only local guy out on the field.

"It's just an honor to do a game here in St. Louis -- to walk out onto the field in your own home city," he says. "I grew up here, so it's great. I have a ton of friends who I'm sure will be at the game."

Refereeing is not his full-time occupation; Gansner works in food safety as a day job.

Refereeing is a "side gig," he says. "A very time-consuming side gig."

He referees about eighteen to 25 games a year, he estimates. And he's been doing this since he was twelve years old.

Unlike some haters, Gansner thinks this is a great event for St. Louis and for Busch Stadium.

"It's exciting for the city to have this kind of game," he says, "and hopefully we'll get more."