A young woman was killed inside a north-county home yesterday when someone fired bullets into a house from the driveway.

Patricia Singleton, who would have turned 22 years old today, was found dead just before midnight last night at a home on 2100 block of Chambers Road, near Halls Ferry Road. She lived nearby.

Was she the intended target?

When north-county precinct police arrived at the Chambers Road address they found Singleton suffering from a gunshot wound.

She was pronounced dead on the scene. 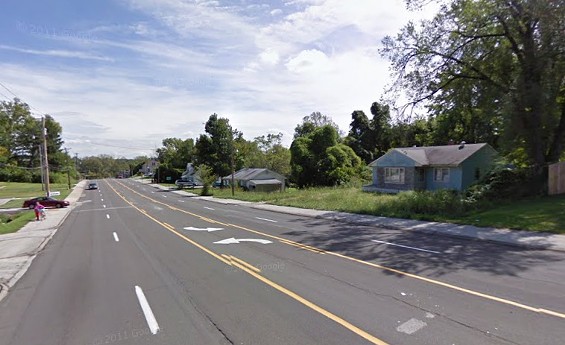 County police say that the preliminary investigation -- based on evidence on the scene and witness testimony -- indicates that shots were fired into the home from outside near the driveway.

Singleton, a black female, lived on Quaker Drive in Dellwood.

Police say that no motive or suspects have been identified at this time.

Here's raw footage from KSDK-TV (Channel 5) at the crime scene last night, followed by the full news alert sent out by county police this morning.

Officers from the St. Louis County Police Department North County Precinct responded to the 2100 block of Chambers Rd, near Halls Ferry, for a shooting at 11:47 PM on Tuesday, May 21, 2013. Officers found a 22 year old female deceased from a gunshot wound. Some evidence indicates and witnesses stated that numerous shots were fired into the home from outside the home near the driveway. The victim was identified as:

No motive or suspects have been identified as the investigation is ongoing at this time. If warrants are issued at a later date through the St. Louis County Prosecuting Attorney's Office, more information will be released.