It may have been totally friggin' impossible to get tickets to the Premier League's much-discussed exhibition soccer game at Busch Stadium this week, but that doesn't mean you can't get excited and watch from the sidelines!

To pointlessly whet your appetite, dear readers who will not be attending the Manchester City v. Chelsea F.C. match this Thursday, we've collected some photos below of Busch Stadium undergoing its transformation into a soccer field, which began after the Cardinals game on Sunday.

It's an unprecedented conversion: This is the first professional non-baseball sporting event ever hosted at Busch Stadium III.

First, however, we should let you know, there are a few options left for you folks out there who are absolutely desperate to get in on the action. For $20, you can sit in on a 7 p.m. Chelsea training session tomorrow night. These tickets go on sale today starting at 10 a.m.

But if you very much want to go to the actual game, all hope is not lost. There might still be some premium, all-inclusive, very expensive tickets remaining. Hurry! (Or you could try diving into the dark, scary world of St. Louis Craigslist.)

Whether you'll be making it or not, take a look at these photos of the stadium's transformation, courtesy of the Cardinals Facebook page. 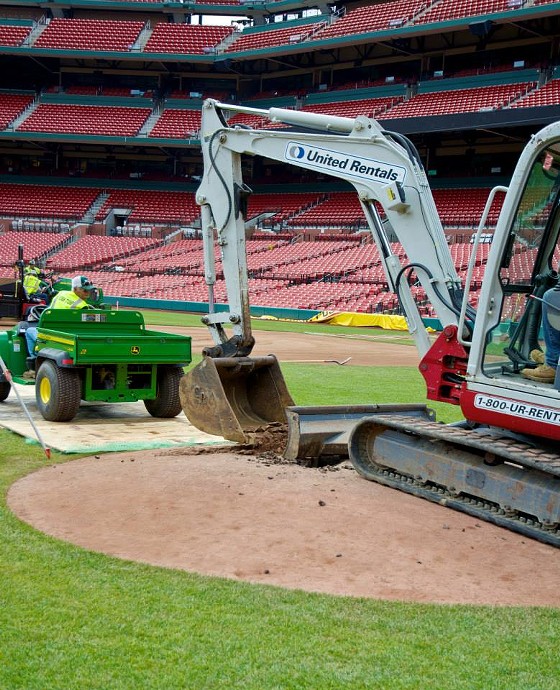 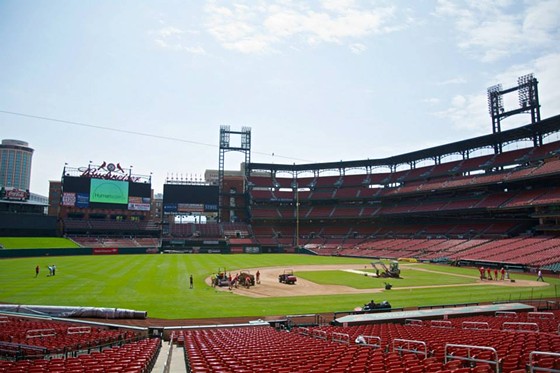