Yesterday night, a 44-year-old father stopped at the St. Louis Community Credit Union on Forest Park Avenue to use the ATM, police say. He left his car running -- with his two-year-old baby son sleeping in the rear passenger seat.

As he was using the ATM around 11:30 p.m., a dark grey Chevy Impala pulled up alongside his, a passenger exited and jumped into his car.

Then he drove off on Forest Park Avenue with the baby inside. The Chevy Impala followed.

The father ran to a nearby gas station where he contacted police, officials say.

The authorities broadcast the stolen vehicle and soon after found it abandoned. 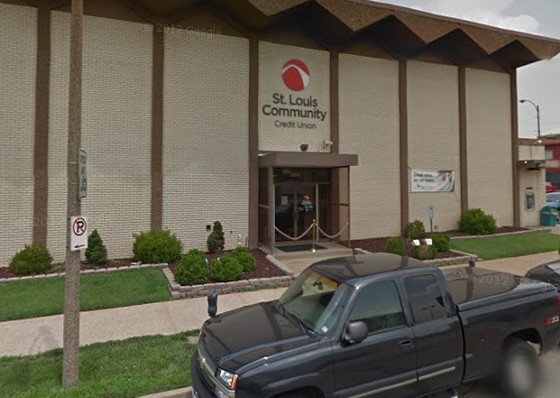 His boy was in the back seat, sleeping and unharmed. There were no reports of anything missing from the car.

The suspect is an unknown black male who remains at large -- and who could face charges of both theft and kidnapping if located.

Incident: Stealing of a Motor Vehicle, Kidnapping Date/Time: 05/14/13 @ 2330 Location: 3651 Forest Park (St. Louis Community Credit Union) Victim #1: 44-year old black male Victim #2: 2-year old black male Suspect: Unknown black male who was a passenger in dark grey Chevy Impala The victim was at the credit union at the above address using the ATM and left his car running at the curb with Victim #2 asleep in the rear passenger seat. As he was using the ATM, he observed a gray Impala pull up alongside his car, the passenger exit the Impala and get into his car then drive west on Forest Park. The driver of the Impala followed. The victim ran to a nearby gas station and contacted police. Upon the vehicle being broadcasted, officers located an abandoned auto matching the description of the victim's.Victim #1 positively identified the vehicle and located Victim #2 in the back seat, sleeping and unharmed. Nothing was reported missing from the vehicle. The investigation is ongoing.