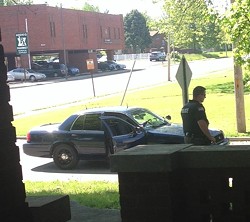 Soon, it may be really easy to locate Belleville, Illinois, resident Robin Wheeler's house on Google Maps' "Street View." Just look for a handcuffed dude and some cops!

Wheeler was sitting on her porch in her pajamas yesterday morning minding her own business, when two cop cars stopped on her street -- and officers got out and apprehended a male suspect.

"They had him on the ground, handcuffed in my yard," she tells Daily RFT.

Then, a Google Street View car drove by.

For those of you who aren't aware, Google operates Street View cars across the world that capture 360-degree images for the neat maps function that allows you to explore streets from your computer. 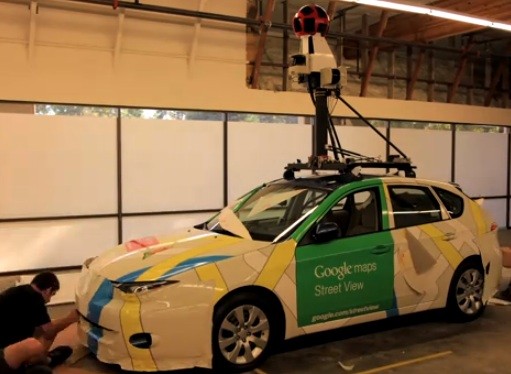 Sometimes those cars will capture strange things. Like couples having sex. Or a car exploding. Or a dude peeing. Or a half-cat.

Or, in the case of Wheeler's block, an arrest in action.

She wrote this status on Facebook, where she began to give live updates on the ordeal for her friends:

Oh my god. I am being rewarded for ... something. Two cop cars on my side street. Cops in my yard. Perp lying in the grass, being arrested for I don't know what. I'm on the porch in my pajamas. And who should drive by at this exact moment? The Google Street View!

Pretty sure I'm about to get questioned, because I'm sitting on my porch, laughing uncontrollably. My house is going to be on Google Maps with a swarm of cops and a handcuffed dude in my yard.

"While all this is going on, I'm looking and...'Oh, here comes Google Street View!'" she tells us. "You've got to be kidding me."

Wheeler, who lives off of Main Street on the west end of Belleveille (and who, disclaimer, has contributed to RFT), says it was one of the more bizarre sights she has seen from her porch.

She's pretty sure that when Google Street View is updated on her block -- it hasn't been since 2009 -- it'll show the arrest and maybe her laughing in the background. 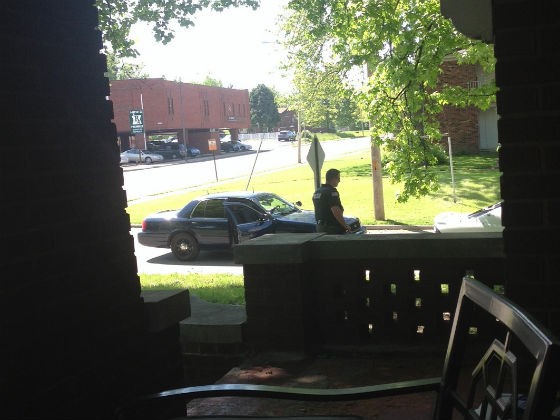 Wheeler, a freelancer writer, says she enjoys doing her work on the porch when it's nice out -- and yesterday, had a lot to look at.

And one of the more amusing parts of yesterday's events may have been when, she says, one of the cops hollered at her, "'Did you see Google Maps go by? We're going to be on Google Maps!'"

Google's map of the Street Car's current locations shows that they do currently have cars in St. Clair County.

Daily RFT will post an update if photos of the arrest emerge on Google Street View as she predicts might happen.

Apropos of Nothing Crime