These are statements that St. Louis County Police Lieutenant Patrick Hayes allegedly made while encouraging other officers to specifically target black residents for arrests, the Post-Dispatch reports.

Police spokesman Randy Vaughn confirms to Daily RFT that Hayes received his termination letter yesterday morning. It appears that multiple officers made complaints against him, prompting an internal investigation. The attorney of the now terminated lieutenant, however, tells a very different story.

Vaughn tells us that Chief Tim Fitch has details on this investigation and is unavailable for comment today.

Vaughn adds that he has never heard of accusations like this in his time at the department and that it's safe to say this is a rare case. Hayes has served for about twenty years. 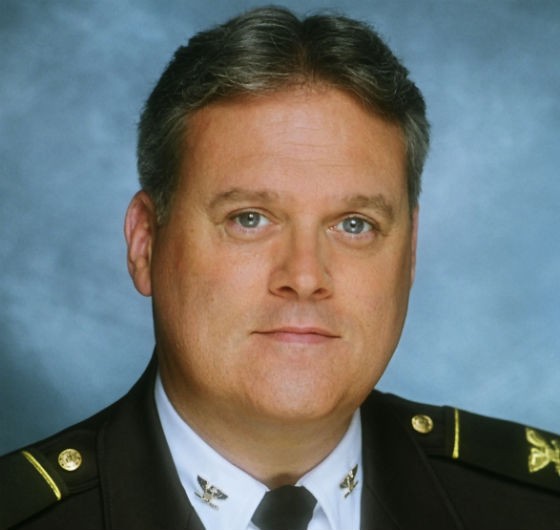 The P-D, meanwhile, has a whole slew of troubling details -- as well as the defense from the fired lieutenant's attorney, who argues that this all stems from officers who had a vendetta against Hayes.

The termination apparently comes after a six-month internal investigation into whether Hayes had ordered officers to target black people in and around retail centers in south county.

The chief and another lieutenant had reportedly received an anonymous letter in December from a county officer alleging that Hayes had ordered those in his command in the fourth precinct to focus on arresting black individuals in the area of South County Center.

The investigation led Fitch to determine that Hayes violated department policies by using "inappropriate racial references," the paper reports, adding that no officers actually followed his command. He says:

I'm very disappointed. This appears to be an anomaly and it's not our normal way of doing business and that's why we took the action we took.

Hayes' attorney, Neil Bruntrager, however, tells the paper that the investigation was flawed and that he will appeal the termination.

He maintains that the allegations are false and says that officials brought Hayes into that precinct to increase productivity.

Daily RFT also left a message with Bruntrager and will update if we hear back.