Police: Imani Shakoor Steals Woman's iPhone on MetroLink, She Pulls His Hair To Stop Him 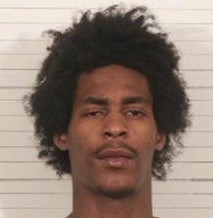 Imani Shakoor, 21, allegedly stole a woman's iPhone right from her hands while she was riding on the MetroLink. Unfortunately for him, he was not able to get away fast enough -- and the victim was not going to let her smartphone go without a fight.

Police say in trying to get her phone back, she chased after him -- and pulled on his hair.

"The victim followed Shakoor and grabbed him by his hair and told him to give the phone back to her," a report from the St. Clair County Sheriff's Department says, regarding the incident last week as the train was entering the East Riverfront metro station.

It seems that Shakoor, however, was determined to get away with the phone and decided to step on her toes to stop her hair-pulling -- before fleeing again.

But a short while later, cops say, he was seen running into the front entrance of the nearby Casino Queen and was quickly detained by security officers.

He was handed over to deputies, who determined that Shakoor, of Columbia, also had active bench warrants from St. Clair County. He is now in St. Clair County Jail in Belleville, Illinois, on felony robbery charges.

The victim, police say, had been texting on her phone when he snagged it from her hands.

Here's a larger version of that mugshot -- and the hair she grabbed onto. 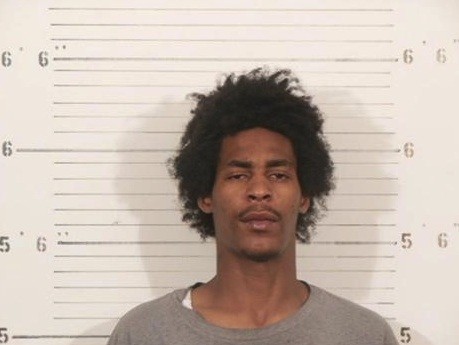 And here's the full report from the sheriff's office.

On Tuesday, May 7th, 2013 at 6:53 p.m. the St. Clair County Sheriff's Department was advised of a robbery which occurred on a MetroLink train. Patrol Sgt. William Kenny, who is assigned to the MetroLink detail responded and met with the victim who was waiting at the Casino Queen security office.

When he arrived, the victim advised him she boarded the red line eastbound train at the Forest Park Metro Station. The victim began using her iPhone to send text messages. As the train was entering the East Riverfront Metro Station, the suspect grabbed her phone from her hand and exited the train. The suspect was later identified as:

The victim followed Shakoor and grabbed him by his hair and told him to give the phone back to her. Shakoor stepped on the victim's toe and fled down a set of stairs. Shakoor was seen running into the front entrance of the Casino Queen. Shakoor was detained by security officers until being turned over to deputies. It was found Shakoor also had active bench warrants from St. Clair County.

Investigator Frank Bennett was assigned the case and investigation. After concluding the investigation, the case was submitted to State's Attorney Brendan Kelly's office for warrant application. After review, a warrant for ROBBERY (Class 2 Felony) was issued. A St. Clair County Judge set Shakoor's bond at $200,000. Shakoor is currently in the St. Clair County Jail in Belleville.

Sheriff Richard Watson praised Sgt. William Kenny and the other members of the MetroLink division for their quick response and ensuring the MetroLink is safe for all patrons.