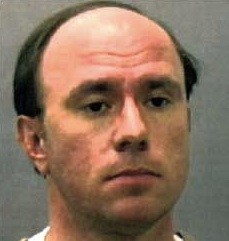 A local couple is suing the St. Louis Archdiocese and Father Bryan Kuchar in a lawsuit alleging that their son was raped by the priest when he was a young boy and, once the "abuse finally overtook him," killed himself.

"It has been almost four years since his death, and we struggle with the part the Archdiocese of St. Louis played in the death of our son," the parents write in a statement. "The fault lies with the church officials who failed to keep our son and other victims of predatory priests safe."

Ken Chackes, attorney for the St. Louis couple, tells Daily RFT, "The sexual abuse was a cause of the death."

The suit, brought forward by John Doe and Jane Doe, says that the boy was between twelve and fourteen years old when he attended a camp at Kenrick-Glennon Seminary in the county, "designed for children who were interested in learning more about the Archdiocese."

Kuchar, the suit says, was employed in the vocations office at the seminary and was tasked with assisting young boys who are interested in entering the priesthood or serving the archdiocese in some capacity. Campers and employees at the seminary or within the camp "observed Kuchar's interest in John Doe SON and noticed the time that the two spent alone," the lawsuit continues. (In a different case, Kuchar was found guilty of molesting a young boy and was suspended by the archdiocese and defrocked by the Vatican.) 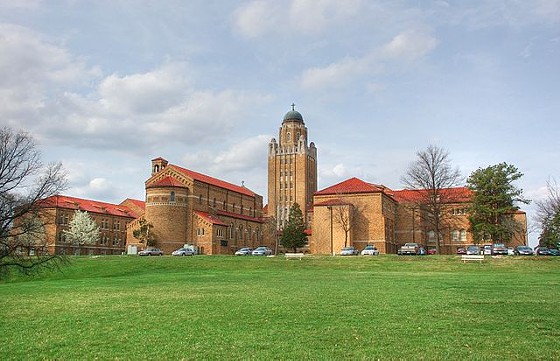 The boy was raised in a Catholic home and wanted to become a priest.

"John Doe SON developed great admiration, trust, reverence and respect for Roman Catholic priests and Father Kuchar in particular," according to the suit, which emphasizes that at all relevant times, the camp and Kuchar were under the direct supervision and control of the archdiocese.

Between 1999 and 2002, Kuchar allegedly engaged in sexual misconduct with him during the overnights of the camp.

Years later, he confided in his parents that Kuchar "raped him" the suit says, adding that he also told mental-health providers and confided in at least one friend. The abuse had a significant impact on his health, the suit says, explaining:

Soon after his contact with Kuchar, John Doe SON made his first suicide attempt by drinking antifreeze....

John Doe SON's depression continued with suicidal ideation and suicidal attempts revolving around his childhood sexual abuse. He still wanted to become a priest, and officials from the Archdiocese told him that he could never be a priest because he had attempted suicide. He increasingly became convinced that no help would be forthcoming and his psychic pain would never improve.

He killed himself in May of 2009 at age 21. He was a lifelong Florissant resident and left behind his two siblings and parents, who now live in the county.

Chackes, who has handled close to 100 cases related to local sexual abuse allegations against priests, says that he has twice been involved in cases in which the abuse led to suicide. "There have been others around the country," he adds.

Continue for more from Ken Chackes, response from the archdiocese and a copy of the full suit.

Chackes says that the abuse -- and the archdiocese's failure to protect the boy -- was a direct cause of his death: "The victim was talking about being abused...in his therapy and when he was in the hospital after a suicide attempt.... He had a lot of mental health treatment during those years and did talk about the sexual abuse."

He adds, "The parents are trying to alert the public about the dangers of childhood sexual abuse and to try to prevent this from happening to other families. It has, of course, been devastating to them."

In a statement sent to Daily RFT on Friday, the Archdiocese of St. Louis says:

The Archdiocese of St. Louis is committed to protecting children and assisting those who are victims of sexual misconduct by clergy or other church personnel.

We have a process in place that includes an investigation of reports of abuse by an independent review board comprised mainly of lay individuals who are not employed by the archdiocese.

The Archdiocese of St. Louis has not been served a copy of this lawsuit involving Bryan Kuchar, and we do not comment on pending litigation.

About a year before our son died by suicide, he told us that he had been raped by a priest while at seminary camp when he was a child. We were horrified and shocked that he had been carrying this terrible secret for years. We were devastated when the depression he had battled since his abuse finally overtook him, and he ended his life at 21.

It has been almost 4 years since his death, and we struggle with the part the Archdiocese of St Louis played in the death of our son. We attempted to resolve this by going to the Archdiocese review board, and were dismissed. It is our hope that by filing this lawsuit perhaps other victims will hear our pain. Hopefully it will reassure them that they did nothing wrong. The fault lies with the church officials who failed to keep our son and other victims of predatory priests safe.

No amount of money can bring our son back or make his suffering any less horrific, but it may save another child from becoming a victim of sexual abuse by predatory priests that continue to be protected by the Archdiocese. We hope other victims hear about our son's tragic death and are given the courage to come forward and tell their stories and begin to heal.

Here is a copy of the suit:

And a statement from the Survivors Network of those Abused by Priests:

This is an utterly heartbreaking case brought by incredibly kind but wounded parents on behalf of their child and other children who have been assaulted by priests. We are deeply moved by and grateful for their tremendous courage.

For years, these parents fought valiantly to help and save their son. They have suffered immeasurably. We hope and believe this action will bring them some measure of comfort and justice. Because they are speaking up and exposing corruption, they are helping to protect others. From this day forward, they can take some consolation in knowing that they're doing all they can to prevent more devastating clergy sex crimes and cover ups.

Kuchar is in his 40s. He could still be charged, convicted and kept away from kids. There are, we believe, several of his victims who are young enough to still pursue criminal cases. For the safety of children, we desperately hope they will do so.

And we hope that every single current and former church employee or member who saw, suspected or suffered crimes or misdeeds - by Kuchar or other clerics - will find courage and speak up. That's what protects kids - when adults care enough to call police and prosecutors about known or suspected child sex crimes.