Last month, Elex Murphy, the so-called "knockout king" accused of beating a 72-year-old stranger to death in Dutchtown, was convicted -- two years after the brutal attack.

And last week Murphy was sentenced, the St. Louis Circuit Attorney's Office said on Friday, with an announcement that included some excerpts of the dramatic testimony of Yen Nguyen, widow of Hoang Nguyen, the immigrant who died after the violent assault.

"We came to America together," she said, in tears. "Now my family is destroyed."

This sentencing comes after a high-profile trial and investigation, which we covered in depth in our 2011 cover story, exploring the violent adolescent ritual of sucker-punching random pedestrians as part of some sort of twisted game.

Murphy, now 20 years old, was sentenced to life in prison plus 25 years for the second-degree murder and first-degree assault charges. That sentence technically amounts to 55 years in prison.

In April of 2011, the couple was attacked in the broad daylight of morning in an alley on their way home from the market. They were approached by four individuals they did not know -- and Murphy allegedly grabbed the husband's jacket and punched him in the head, causing him to fall to the ground.

Murphy was also accused of punching his wife in the face -- with such a hard blow that her orbital bone fractured.

Her husband died in the hospital.

In court, the wife testified "that she misses her husband very much and is now left with no one to share her life with and help her with everyday activities," the circuit attorney's office says. 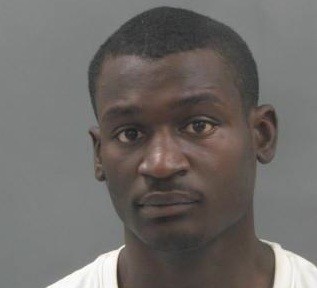 "When such a violent crime happens to innocent people for no reason in broad daylight, it changes everyone's level of expectation for personal safety," Assistant Circuit Attorney Christine Krug says in a statement.

And in response to questions on her Facebook page about the other perpetrators, Circuit Attorney Jennifer Joyce says:

At this time, the witnesses needed to establish the identities of others involved in the attack have not come forward. If anyone has any information about this crime, please contact the police department's Homicide Unit at 314-444-5371 or the St. Louis Circuit Attorney's office at 314-622-4941 immediately. Any information that the public can share is vital.

In April 2011, a morning walk home from the market turned deadly for one Dutchtown couple. As a 59 year-old woman and her 72 year- old husband headed up the alley in broad daylight, they were approached by four people they did not know. Suddenly, Elex Murphy grabbed the husband's jacket and punched him in the head. The elderly man fell to the ground.

The ruthless attack didn't end there. Elex Murphy then punched the wife in the face, hitting her so hard that her orbital bone fractured. The four people ran off, leaving the injured woman to get help for her dying husband.

The 72 year-old man was rushed to the hospital later died as a result of his injuries. The senseless attack devastated the victim's family. The wife testified that she misses her husband very much and is now left with no one to share her life with and help her with every day activities. "We came to America together," the victim said tearfully. "Now my family is destroyed."

The attack impacted not only the victims, but the entire Dutchtown community. ACA Krug explained, "When such a violent crime happens to innocent people for no reason in broad daylight, it changes everyone's level of expectation for personal safety."

Elex Murphy was convicted of Murder 2nd, Assault 1st and two counts of Armed Criminal Action. The jury, after hearing testimony from the living victim and a Dutchtown resident, recommended sentences of life on the Murder 2nd, twenty-five years on the Assault 1st and fifteen and twelve years on the accompanying Armed Criminal Action Charges. He was sentenced to life in prison plus 25 years, to run consecutively.