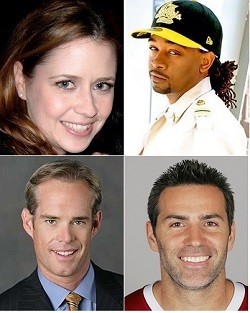 Since its opening four years ago, Citygarden has become a must-see St. Louis destination. Now the downtown sculpture park is worth a listen, too.

Today Citygarden unveiled an iPhone app that offers -- among other things -- an audio tour featuring the voices of more than two dozen St. Louis celebrities. Those who want to tell you about Citygarden include former Cardinals shortstop Ozzie Smith, comedians Randy and Jason Sklar, artist Mary Sprague, and former Missouri governor and U.S. senator John Ashcroft to name just a few. (View full list below.)

The app includes a map of Citygarden with pins on the locations of each piece of art. Click on a pin, and a detailed description of the materials used, as well as the artist's story pop up. Each artist's story is also available in audio form read by famous St. Louis natives. The app also lets you use location services to pinpoint your exact location, and pins placed around the park will light up when you are nearing that piece of art. The software features tips for parking and dining as well as hours of operation and the locations of nearby bathrooms, a necessity for parents with young children. 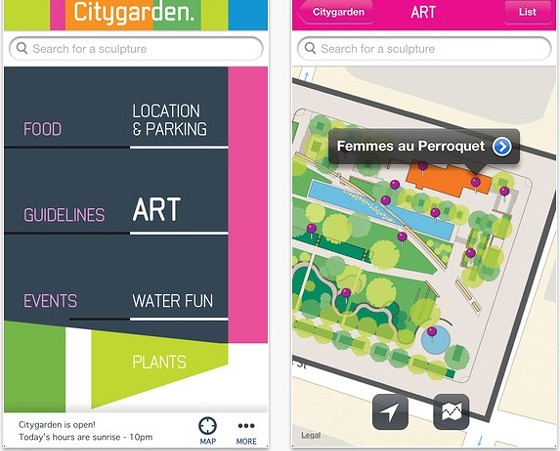 For diehard Citygarden enthusiasts, the app lists all upcoming and current events at the park. And for the horticulturist in your life, it has a "plants" tab, which lists all the greenery growing in the park.

"Citygarden" is now available through the iTunes store. Sorry Droid users, you'll have to make your way through the park the old-fashioned way -- the app is only available for Apple products such as the iPhone, iPod and iPad.

Check out the app here.

Continue on for a full list of the St. Louis celebs whose voices can accompany you during your next visit to Citygarden.