Jack Dorsey is definitely a source of pride for St. Louis -- and now, we have one more reason to be extra proud.

He's a superhero. The Twitter cofounder and richest, coolest St. Louis celeb ever (sorry, Jon Hamm), is now the superhero star of a comic book, because...why not?

The company is marketing it as #COMICBOOKBIO.

The comic book, Bluewater Productions says in its announcement, "tells the story of one of the innovators that have changed the digital world forever." (The company has done similar comic books for Steve Jobs, Bill Gates, Mark Zuckerberg, etc.)

Jack Dorsey is the co-founder of Twitter, a social media platform like none other that allows users to have their voice broadcast to the masses, 140 characters at a time. With Twitter, Dorsey has managed bridge the social gaps that entrepreneurs have been trying to close for years; friends are connecting with far-away friends, companies are finally reaching their customers in a new and unique way, and celebrities are tweeting directly at their fans in every corner of the world. Learn about the man behind the phenomenon in the comic book "Jack Dorsey: Co-Founder of Twitter."

And his childhood in St. Louis is part of his wacky superhero adventures.

You can order a print version online the Comic Flea Market for $3.99 or you can get it digitally on iTunes.

And now, hopefully Dorsey can use his superhero powers to help his parents.

Below are more excerpts from the comic book.

Continue for more of the Jack Dorsey comic book.

Continue for more of the Jack Dorsey comic book. 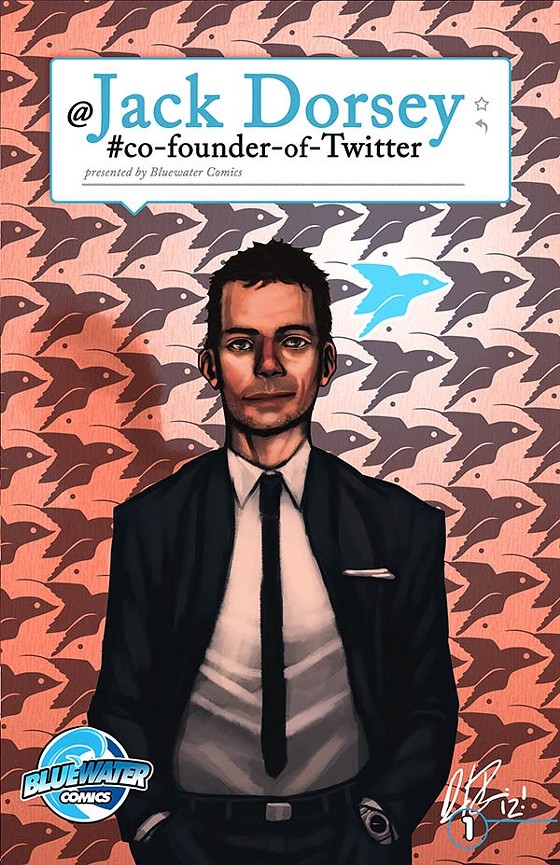