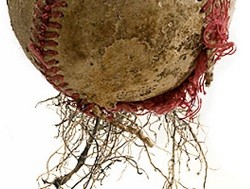 Don't feel too guilty about not finishing your nachos at Busch Stadium. Chances are the leftover chips (and other half-eaten scraps) will make their way to St. Louis Composting for use as lawn and garden food.

"They've vastly exceeded their goals," Jim Callier, manager of the EPA's pollution prevention effort for the Midwest, tells Daily RFT. "The Cardinals have increased the amount of food wasted diversion by 470 percent."

Prior to tonight's game at Busch Stadium the EPA will recognize the organization for its efforts.

The Cardinals first launched a green initiative in 2008 when the team began installing recycling bins inside the stadium and monitoring its energy use.

Today the ball club boasts that it recycles four tons of trash per game and has diverted some 2,000 tons of solid waste from landfills to date. It has also reduced energy use by twenty percent in recent years and lowered its water use by ten percent.